Apple has just rolled out a new way for people to pay for their iTunes purchases in the form of carrier billing, starting with O2/Telefonica in Germany. According to TechCrunch, users can now pay for apps and other iTunes purchases by linking up their phone numbers to charge the items to their mobile bills, bypassing the need for a credit or debit card. 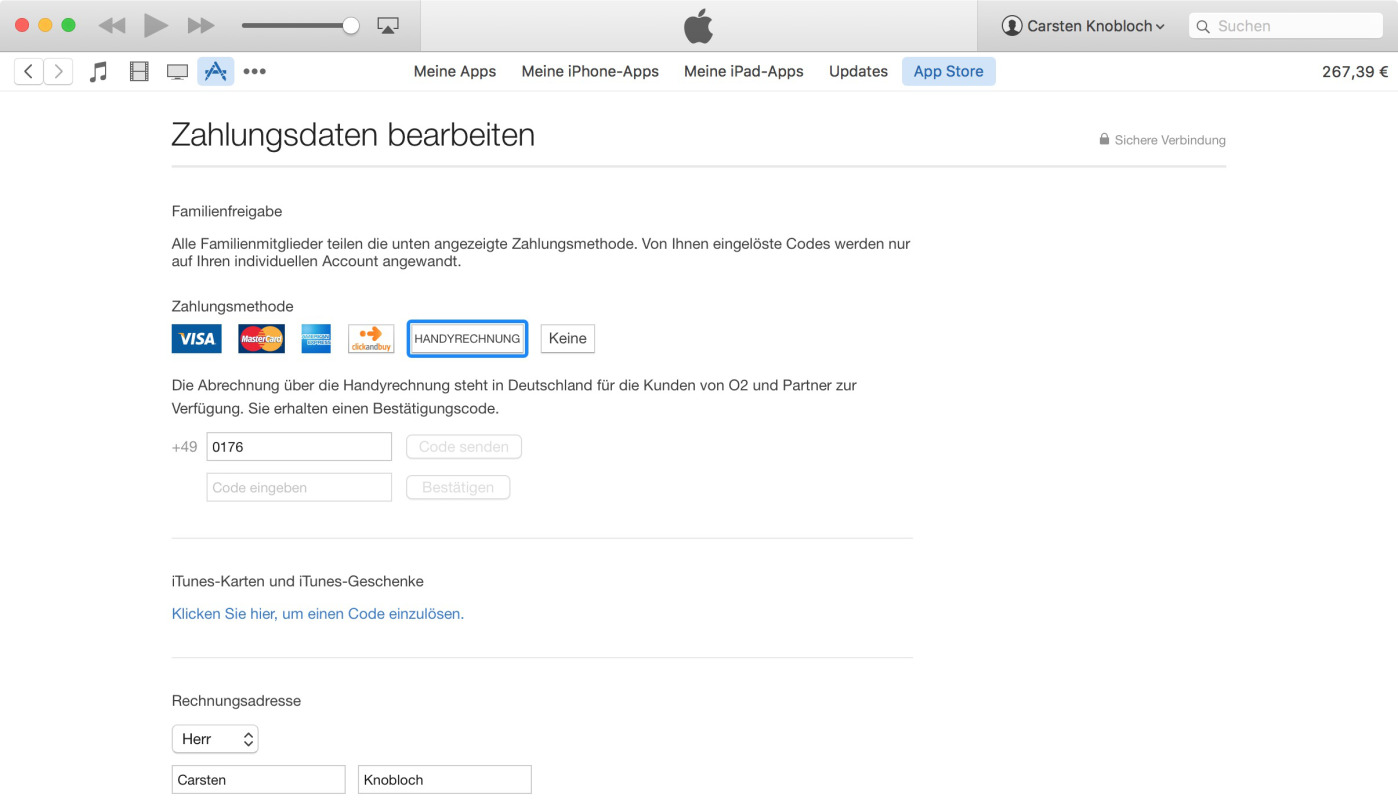 As you can see in the above screenshot, O2 users in Germany now have the option to enter their phone numbers instead of a credit or debit card number into their iTunes’ account information. Once done, any purchases from Apple Music, iTunes, the App Store and iBooks will then be charged directly to a user’s phone bill, or debited from a prepaid amount that the user may have added to an out of contract phone.

O2, owned by Telefonica, has confirmed that the feature has started to get quietly rolled out across Germany and will be available to all users by next month.

“Telefónica Germany is working with Apple related to carrier billing,” a spokesperson told us in an email. “Payment via the O2 phone bill is now available for Apple Music, iTunes, App Store and iBooks Store Purchases. The service is gradually being rolled out and will be available for all O2 customers (prepaid and postpaid) in Germany by the beginning of November 2015.”

In regions like Canada however, carrier billing may not seem like a big deal to a lot of iPhone users since credit / debit cards and bank account penetration are both very high.