Apple Pay Cash Has Been Renamed to ‘Apple Cash’

Apple Pay Cash allows iOS users to send and receive money directly within the Messages app or with Siri. In a recent update to its support site and over-the-air to devices, the ‘Pay’ portion of the name has been dropped, to now known as just Apple Cash. 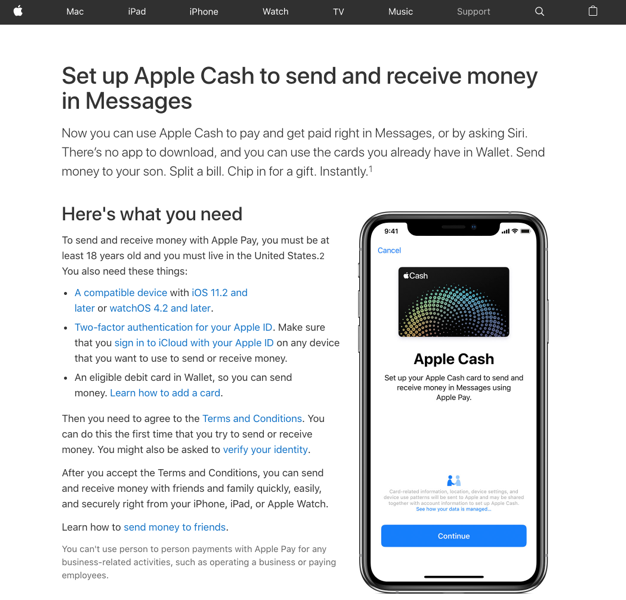 Apple Cash is currently only available in the United States and allows iOS users to easily send and receive money to each other. Funds are held in the Apple Cash card within the Wallet app, which can be used via Apple Pay.

There’s no support for Apple Cash in Canada yet, however, many Canadians have seen the setup option within Wallet for a while now.

While money transfers between Canadians on mobile are dominated by Interac e-Transfers, a service offered by our big banks, it remains to be seen whether Apple Cash will ever make its way into Canada.