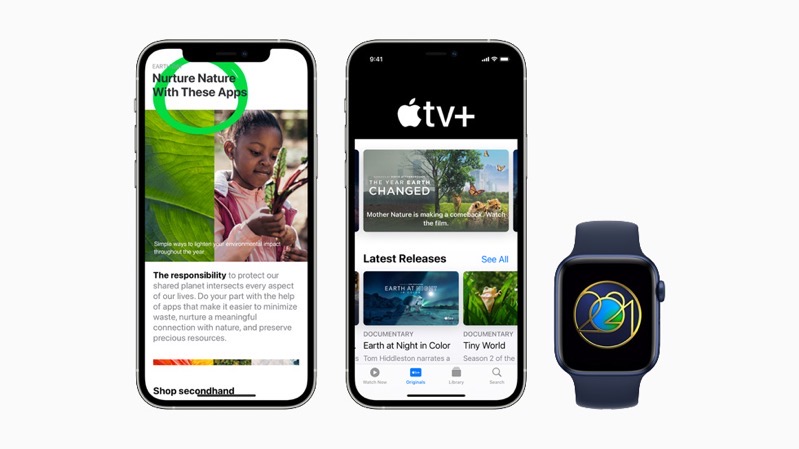 Apple has announced its initiatives to celebrate Earth Day on April 22, 2021. The company says it plans to become carbon neutral by 2030 and says it is “providing a blueprint for other companies to do the same.”

On the path to 2030, Apple recently announced over 110 of its supply chain partners globally will move to 100 percent renewable energy for the production of its products. Also, newly announced products such as its all-new iMac, iPad Pro, AirTag, and Apple TV 4K leverage recycled materials that lead the industry.

“As government and business leaders gather to fight climate change and build a better future for our planet, we’re reminded that each of us — in communities around the world — is a part of this work,” said Lisa Jackson, Apple’s vice president of Environment, Policy and Social Initiatives, in a statement. “The resources and community initiatives we’re sharing today are all about amplifying voices too often unheard, and giving people the tools to learn, engage, and be part of the solution.”

Here are some of Apple’s 2021 Earth Day celebrations: