Apple has today announced a new set of tools for educators which helps students from grade school to college learn how to code from anywhere. At the same time, Apple is also starting a new professional learning course for Develop in Swift which is available to educators at no cost. 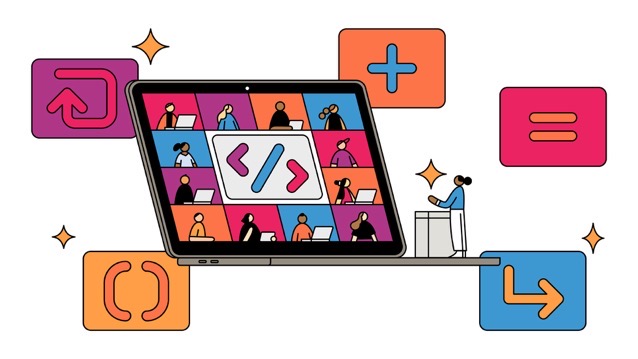 With many institutions operating remotely, Apple is adding resources for educators and parents to help ensure they have the tools they need to help students learn and grow from anywhere. The Develop in Swift curriculum is now completely redesigned to meet student learning styles, based on educator input continuously sourced by Apple.

Apple has worked alongside educators for 40 years, and we’re especially proud to see how Develop in Swift and Everyone Can Code have been instrumental in helping teachers and students make an impact in their communities,” said Susan Prescott, Apple’s vice president of Markets, Apps, and Services.

“The new Develop in Swift curriculum helps our students develop the technical and soft skills employers are looking for,” said Bill Skrzypczak, who teaches a two-year associate degree program in mobile app design and development at McHenry County College in Illinois. “I’m proud that 100 percent of our graduates have gained employment with an average salary of $70,000 to $100,000, including both our returning adult and traditional students.”

To support parents with kids learning to code at home, Apple is also adding a new guide to its set of remote learning resources. “A Quick Start to Code” is now available and features 10 coding challenges designed for learners ages 10 and up, on iPad or Mac.