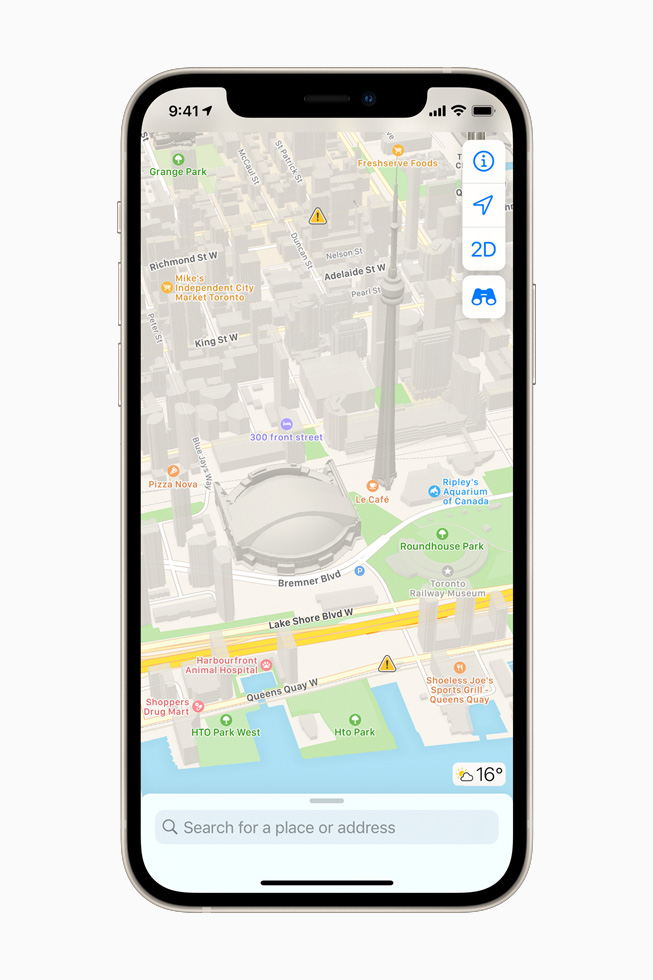 “With Apple Maps, we have created the best and most private maps app on the planet and we are excited to bring this experience to our users in Canada,” said Eddy Cue, Apple’s senior vice president of Internet Software and Services, in a statement.

“We have rebuilt Apple Maps from the ground up to provide better navigation, richer detail, more accurate information for places, and incredible features like Look Around, curated Guides from trusted sources, and much more. Now it is easier than ever for users in Canada to explore and navigate the world,” added Cue.

There is now street-level imagery with Look Around, available in cities such as Calgary, Montreal, Toronto, and Vancouver, as well as parts of Newfoundland, Nova Scotia and more says Apple.

There are now curated Guides, from local resources such as Toronto Life, Narcity and others such as Lonely Planet, to find things to do near you.

“Narcity Media is thrilled to partner with Apple on their new Guides in Canada. Toronto, Montreal, Vancouver, Quebec City, Banff, Calgary and Edmonton are fascinating cities with so many gems to discover — and now our local guides, written by local experts, will help people around the world discover them too,” said Emily Anne Epstein, Editor in Chief at Narcity Media, in an emailed statement to iPhone in Canada.

“We have created 15 Guides across Canada and will continue to introduce more for Apple Maps in the months and years ahead. This is just the beginning of a great adventure,” added Epstein.

Other new features include electric vehicle routing on compatible vehicles to send you to compatible chargers, while Siri now sounds more natural in turn-by-turn directions.

Apple Maps also shows speed cameras along your route, showing where speed and red light cameras are, while with favourites you can quickly one-tap your most-used locations.

When it comes to privacy, “Apple is committed to keeping personal information safe and has built privacy into the core of Maps. With Maps, no sign-in is required and it is not connected to an Apple ID in any way,” explains the company.