As pointed out by BusinessInsider, Apple seems to have almost confirmed an upcoming App Store for the Apple TV, as several developers have noticed references to Apple TV apps in Apple’s own documentation (see below), like the ability to test a greater number of Apple TVs and register it as a new device in the company’s developer tools. 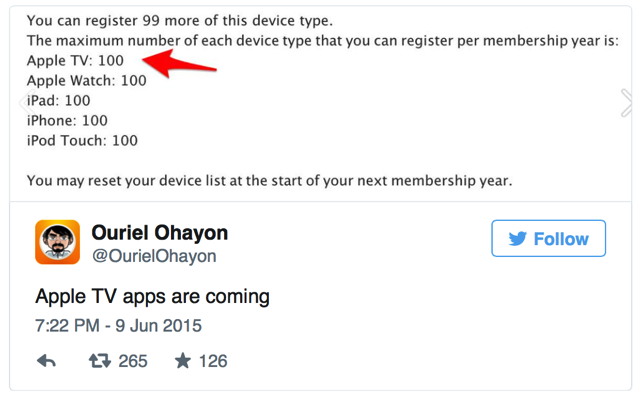 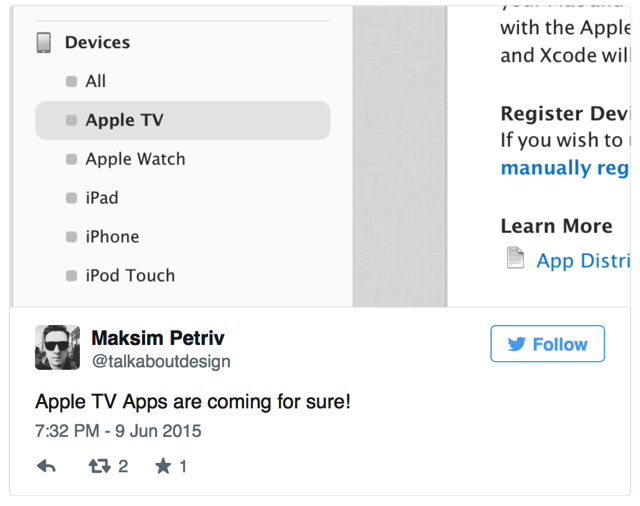 It was strongly rumoured before yesterday’s WWDC keynote event that Apple will unveil a brand new version of the Apple TV, but clearly that didn’t happen. However, the signs definitely point to the fact that Apple has something big planned for the next generation Apple TV.

“While developers have always been able to download early versions of the Apple TV’s operating system for testing purposes with their iPhone and iPad apps, Apple suddenly drawing more attention to the platform is curious. When reached by Business Insider, Apple declined to comment on the changes”.

Imagine if third-party developers are allowed to create apps and games specifically for the Apple TV, it’ll open endless possibilities just like it has for the iPhone and iPad for years.

Which Apple TV apps would you like to see first on your set-top box?