Apple has just announced its next breakthrough chips for the Mac, the M1 Pro and the M1 Max, promising industry-leading performance and power efficiency. Both M1 Pro and M1 Max introduce a system-on-a-chip (SoC) architecture to pro systems for the first time.

The CPU in M1 Pro and M1 Max delivers up to 70 percent faster CPU performance than M1, whereas the GPU in M1 Pro is up to 2x faster than M1, and 4x faster in M1 Max. 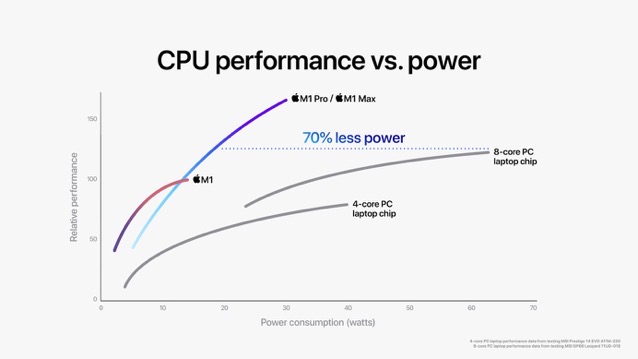 Utilizing the industry-leading 5-nanometer process technology, M1 Pro packs in 33.7 billion transistors, more than 2x the amount in M1. A new 10-core CPU, including eight high-performance cores and two high-efficiency cores, is up to 70 percent faster than M1.

M1 Max features the same powerful 10-core CPU as M1 Pro and adds a massive 32-core GPU for up to 4x faster graphics performance than M1. With 57 billion transistors — 70 percent more than M1 Pro and 3.5x more than M1 — M1 Max is the largest chip Apple has ever built. 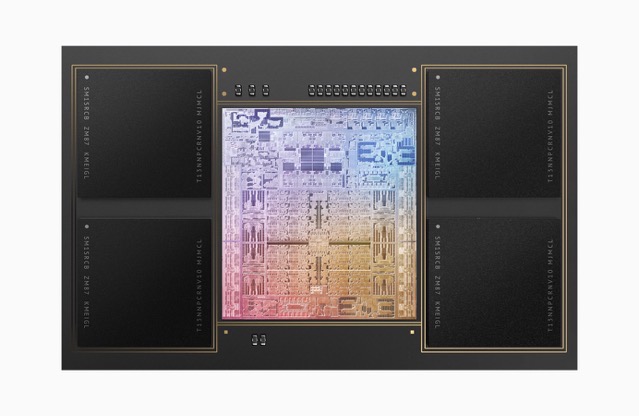 More than 10,000 apps and plug-ins, are new available to take advantage of the powerful new M1 Pro and M1 Max processors.