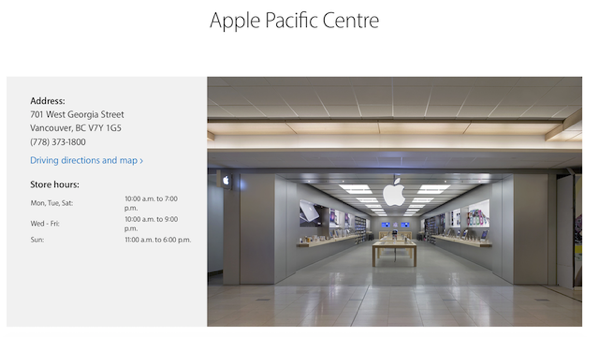 Apple has rolled out the change with the launch of the newer Apple Stores, such as the Union Square location in San Francisco, which the company has always referred to as just Apple Union Square. The company has also updated all of its retail store webpages over the last few days to remove the “Store” branding. What was once “Apple Store, Pacific Centre,” for example, is now just “Apple Pacific Centre”, as shown above.

The source says that Apple has also sent out a memo to its retail employees, letting them know that the “Store” branding is gradually being dropped from both retail locations and online.