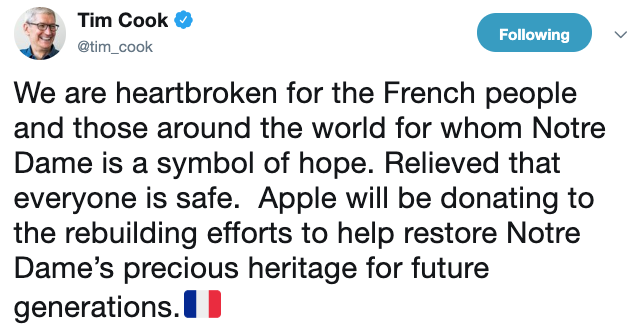 This morning, the Apple CEO tweeted, “We are heartbroken for the French people and those around the world for whom Notre Dame is a symbol of hope. Relieved that everyone is safe. Apple will be donating to the rebuilding efforts to help restore Notre Dame’s precious heritage for future generations.”

Cook did not specify any amounts or other details regarding the pledge to help rebuild one of the most famous landmarks in Paris, France. On Monday, the 856-year old cathedral, under renovations, caught on fire with its blaze seen live around the globe.