MTV Act emailed Apple CEO Tim Cook to ask if the company had plans to diversify its emoji characters and was surprised when Katie Cotton, the company’s VP of worldwide corporate communications responded:

“Tim forwarded your email to me. We agree with you. Our emoji characters are based on the Unicode standard, which is necessary for them to be displayed properly across many platforms.  There needs to be more diversity in the emoji character set, and we have been working closely with the Unicode Consortium in an effort to update the standard.” 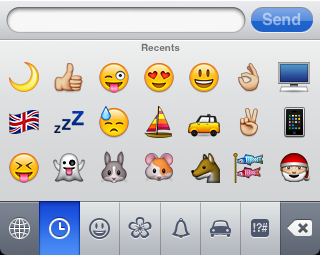 The Verge said Apple confirmed the statement to be true, but did not specify what changes would be coming.

Some have argued the emoji subset of characters aren’t very multicultural and it appears Apple agrees. Any changes would require work with the Unicode Consortium to ensure new emoji look the same across multiple platforms.

Back in late 2012, Apple started removing emoji apps from the App Store as iOS 6 made them no longer necessary. Prior to that, users required hacks to ‘unlock’ emoji icons on their iOS devices.

Nintendo has revealed that Pilotwings 64 will be making its debut on Nintendo Switch Online + Expansion Pack later this month. On October 13th, players can take to the sky in this flight simulator title. After mysteriously not releasing a title in September, Nintendo seemingly returns to adding a new monthly game to its Nintendo...
Steve Vegvari
17 mins ago

American Express Canada and Metrolinx have just enabled tap-to-pay functionality on eligible PRESTO devices for GO Transit and Union Pearson (UP) Express in the Greater Toronto and Hamilton Area. Cardmembers can pay for their adult transit fare with a contactless-enabled American Express Card, mobile wallet, or payment-enabled smartwatch. To make for a seamless experience, Cardmembers...
Usman Qureshi
16 hours ago