The Apple Events channel on Apple TV has been updated ahead of next week’s anticipated ‘iPhone 7’ event, with the app’s thumbnail showcasing the event’s logo, which many suspect teases a huge camera upgrade forthcoming. Previously the channel was showcasing WWDC 2016, but now it’s ready for next week, as seen below, on our Apple TV 4: 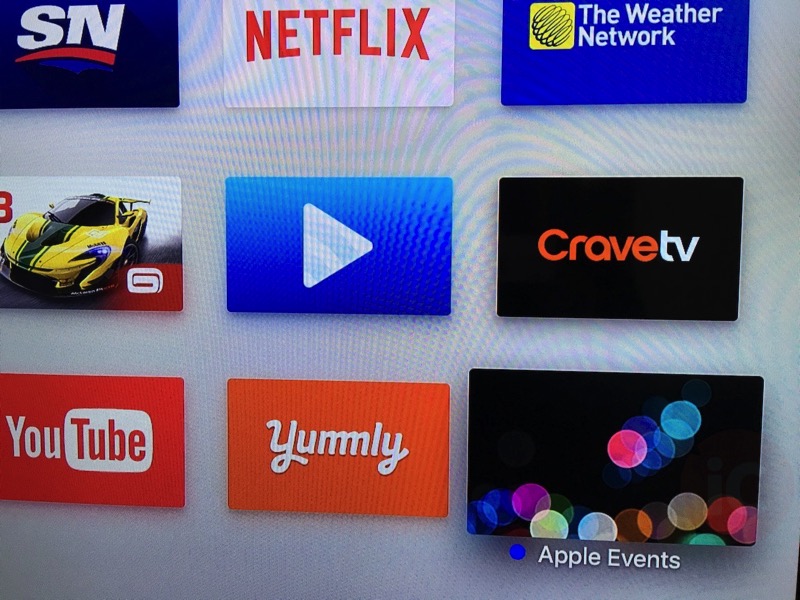 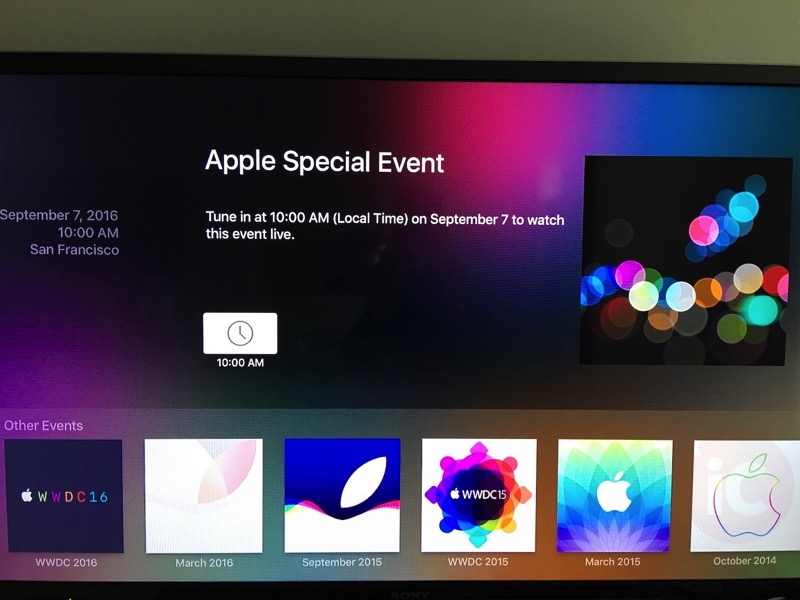 For Apple TV 4 users, you will be required to download the app from the tvOS App Store if you haven’t already. For other Apple TV users, it should just appear.

Earlier today, KGI Securities analyst Ming-Chi Kuo revealed last minute details of the next iPhone, which will have an A10 processor, IPX7 waterproofing and come in five colours, including a couple new dark colours, one of which will be a ‘glossy black’.

Apple’s September 7th event is set to kick off at 10AM PST/1PM EST, and will be live streamed worldwide.