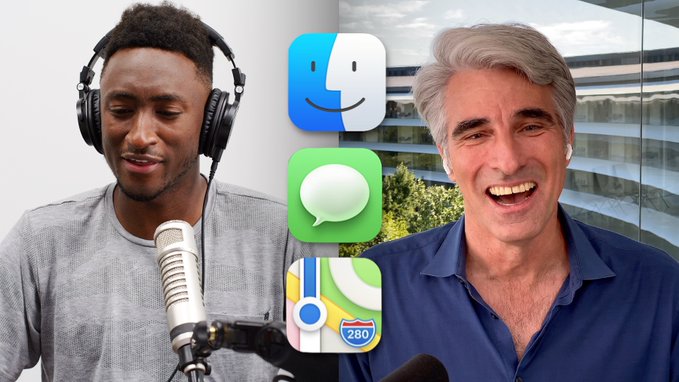 Technology reviewer Marques Brownlee, known as MKBHD, has published an interview with Apple executive Craig Federighi, with the latter a guest on his WVFRM podcast.

The full interview (at 1 hour and 20 minutes) beyond the 20-minute video preview can be heard on Brownlee’s podcast link here.

Brownlee has close relations with Apple, usually getting access to devices under embargo. He has also had other interviews with other high profile guests, including Tesla CEO Elon Musk.

Federighi recently was on John Gruber’s podcast, The Talk Show, along with fellow executive Greg Joswiak to talk about WWDC20 as well.