Apple’s Top Executives Receive Stock Bonus Worth Over $19M Each 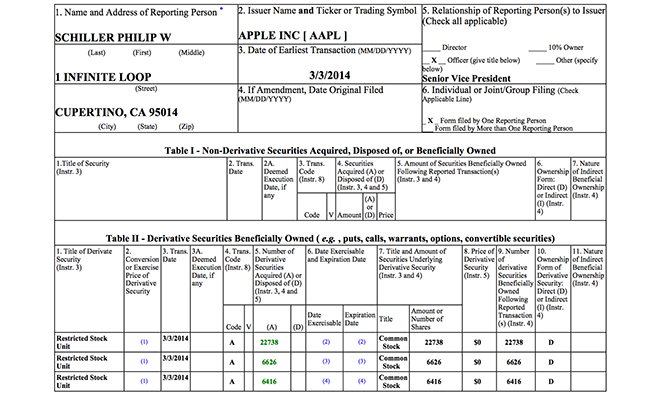 Six top Apple executives have been awarded 35,780 Restricted Stock Units (RSUs) each as bonus, according to a series of U.S. Securities and Exchange Commission filings yesterday, AppleInsider reports. The RSUs, which at current prices would net just over $19 million, are likely being issued by Apple as an incentive to keep the production levels high.

The SEC filings reveal that the second and third RSU award chunks are more performance-driven and will vest depending on Apple’s relative total shareholder returns. A set of 6,626 RSUs is dependent on performance from Sept. 29, 2013 through Sept. 29, 2015, and between 0 to 200 percent of the reported “target” number may vest on Oct. 1, 2015.

Apple has issued restricted stock units as a bonus to its top leadership in the past as well.

WhatsApp is finally rolling out the ability for users to leave group chats silently without notifying all members of the group that they are no longer part of the conversation. When you leave a WhatsApp group silently, only the group admin will be notified that you have left the chat. Meet leave groups silently 👋...
Usman Qureshi
22 mins ago

Display Supply Chain Consultants (DSCC) analyst Ross Young has claimed in a tweet posted earlier today that Apple is planning to launch a 27-inch mini-LED external display in Q1 2023, MacRumors is reporting. Presumably talking about the first calendar quarter of 2023 i.e. the months from January to March, the analyst noted that Apple had...
Usman Qureshi
33 mins ago