Having previously filed for the ‘STARTUP’ trademark in both Australia and the United States back in 2011, neither of which has been approved till date, Apple has once again filed the necessary paperwork to trademark the word “STARTUP”, according to TM Watch (via AppAdvice). This time, Apple has only filed the trademark application in Australia. 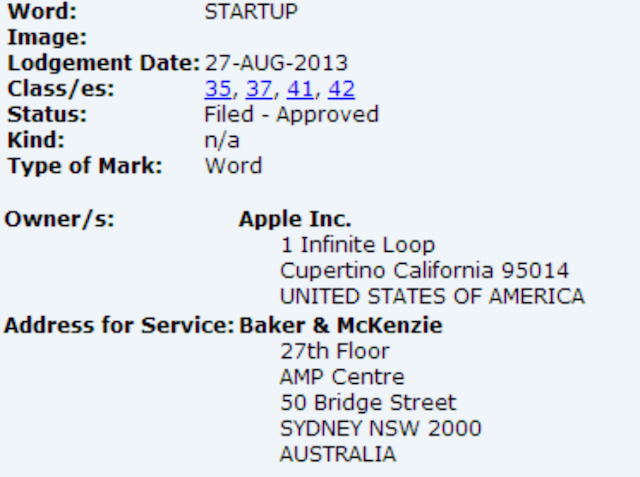 The filing, which was made on August 27, doesn’t reveal what Apple plans to do with the “STARTUP” trademark. However, the source notes that Apple website references its operating system booting-up as ‘Startup’ (with a capital letter). Here’s what Apple says on its website:

If you frequently listen to music, surf the web, get your email, or chat with friends, you may want your computer to open those applications every time you start up. On a Mac, it’s simple to do.

The next time you start up your Mac, iTunes will start up, too. In addition to opening applications at Start Up, you can have Mac OS X open documents.

If Apple succeeds in winning this trademark, it would hold the trademark in various industries, including retail, computing, as well as mobile and educational classes.

Last year in December, Apple won the U.S. trademark for its startup “chime,” which is the sound every Mac computer makes when powered on.