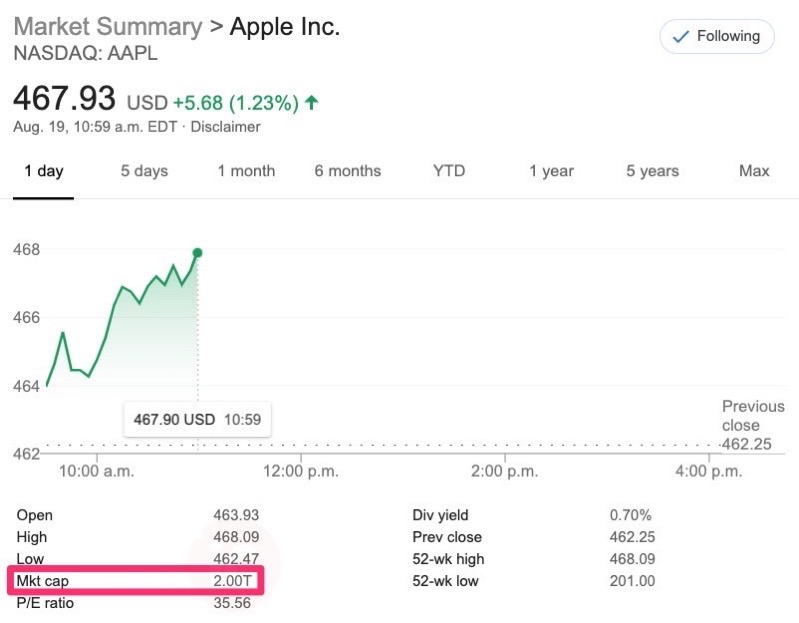 Apple continues to experience a surge and has become the first U.S. publicly traded company to top a staggering $2 trillion in market value, after its shares topped $467.77 USD, required to hit the incredible market cap.

According to CNBC, Apple was the first U.S. company to reach $1 trillion in market cap in August 2018, and now it has again become the first to hit $2 trillion.

Back on July 31, Apple topped Saudi Aramco to become the most valuable publicly traded company on the planet.

Despite hitting a low during the beginning of the coronavirus pandemic in March, Apple has since more than doubled.

While Apple is now worth $2 trillion, Siri still cannot handle a request to remind you to buy milk on the way home from work. We might need another couple trillion for that to happen.

The operating system (OS) for Apple's long-rumoured mixed reality headset is now reported to be dubbed "xrOS." This naming convention comes following reports that Apple was naming its AR/VR headset OS "RealityOS." In a report from Bloomberg, Apple's new naming convention appears to have come out of nowhere. However, the report goes on to state...
Steve Vegvari
26 mins ago