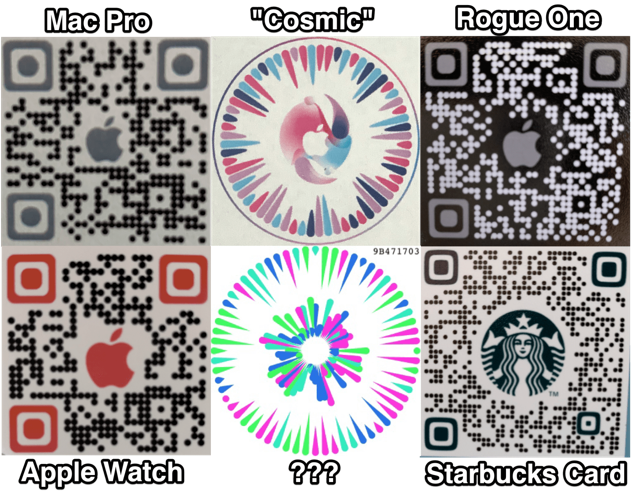 As you can see above, Starbucks coffee and Star Wars movies would be among some of the biggest integrations in the Gobi app. Audio files and haptic feedback found in the code reveal how the Find My app will give you sound and vibration cues to locate your missing devices.

The icon for the app itself (shown below) is yellow, depicting a phone superseded over a globe.

Check out the video below where you can hear those sounds, and watch a GIF of all the coloured QR codes found in the leaked files.