According to an investigation by The Markup, Apple, Meta, Amazon, Google, and Microsoft have been carrying out a coordinated campaign in 31 U.S. states against data privacy legislation since 2021. 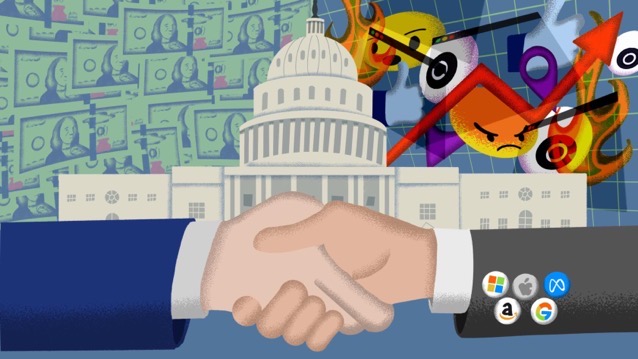 The source reviewed public hearing testimony, public comments, and lobbying records in all 31 states, and found a coordinated, nationwide campaign by ‘Big Tech’ to mold the rules to its will.

The report notes that at least 445 lobbyists and lobbying firms actively represented Amazon, Apple, Google, Meta, Microsoft, TechNet, and the State Privacy and Security Coalition in these states during the time they were considering privacy legislation.

“For a while, a lot of companies were hoping for a federal law that preempted everything,” said Justin Brookman, the director of privacy and technology policy for Consumer Reports, which has lobbied in favor of stronger consumer privacy protections in many states.

The secretive nature of lobbying work, combined with many states’ weak transparency laws, make it impossible to quantify how Big Tech’s lobbying blitz has shaped legislation. But privacy advocates say the sheer numbers are enough in some cases to overwhelm lawmakers.

Privacy groups say they haven’t been asleep; they just can’t fight the multi-state battle Big Tech is waging. And polling suggests Americans are concerned about their online privacy; they just don’t know what to do about it.

You can read the lengthy report in its entirety on the source website here.