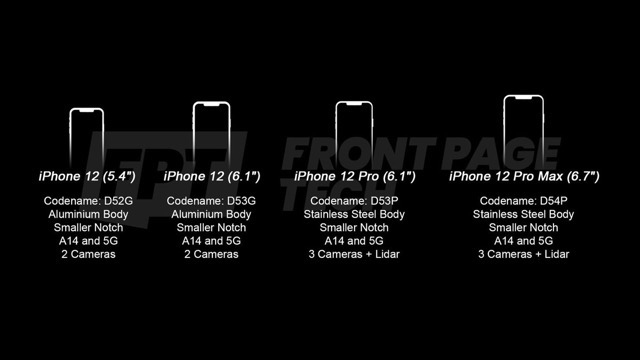 He also notes that the final details of this year’s four versions of the next generation iPhone are well in line with veteran analyst Ming-Chi Kuo’s predictions from last year.

According to the leaker, we can expect to see CAD renders of the 2020 iPhones hit the web with the next couple of months. “Now let’s see if Apple can get them out by EOY!,” he tweeted.

Prototyping for iPhone 12 devices is just about finalized!

Expect to see CAD renders of the devices within the next month or two from your favorite leakers! ?

Now let’s see if Apple can get them out by EOY! pic.twitter.com/nAfA7JHMx2

Looking at the image above, it appears Apple will be launching the following new iPhone 12 models.

Here’s the rumored variations that Apple plans to launch:

Popular cryptocurrency exchange Coinbase on Thursday announced it had to disable the ability to send NFTs on the iOS version of Coinbase Wallet, the company's mobile crypto wallet app, because Apple wanted a 30% cut of the "gas fees" involved. https://twitter.com/CoinbaseWallet/status/1598354819735031809 Gas fees are essentially transaction fees on the Ethereum blockchain network. They are paid...
Nehal Malik
5 mins ago