Apple Explains Why It Killed the Aging 3.5mm Headphone Jack

The fears of many came true today: Apple made the 3.5mm headphone jack in the iPhone go the way of the Dodo bird, with SVP Phil Schiller saying on stage it takes “courage” to make such a bold move.

In a new interview with BuzzFeed, Apple executives justify why they decided to remove the 3.5mm headphone jack, which has been around for almost 150 years. 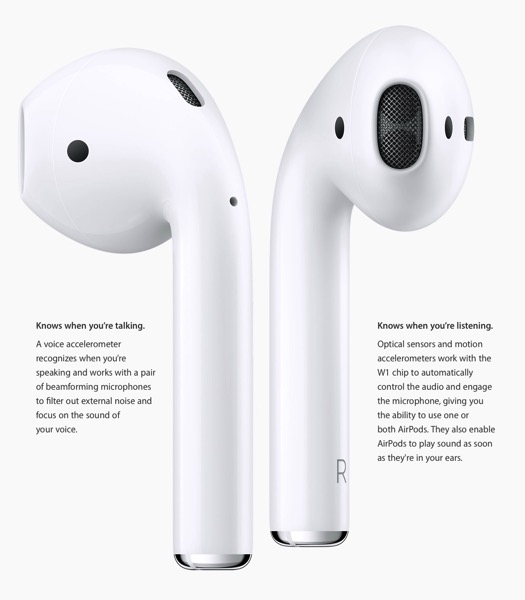 Apple VP Greg Joswiak said “The audio connector is more than 100 years old,” adding “It had its last big innovation about 50 years ago. You know what that was? They made it smaller. It hasn’t been touched since then. It’s a dinosaur. It’s time to move on.”

Riccio explains the 3.5mm jack’s existence was “holding us back from a number of things we wanted to put into the iPhone,” adding it was fighting for space with camera and battery technologies, saying “it’s crazy to keep it around.” He also went on to say the removal allowed Apple to finally meet IP7 water resistance for iPhone, something they’ve wanted to achieve for years.

Here’s how Apple explains the process in which the 3.5mm headphone jack was removed: a “driver ledge”, a printed circuit board which powers the iPhone’s display and backlight traditionally sat internally along the top of devices. But for iPhone 7, its placement interfered with the new camera systems, so Apple moved its position lower to accommodate.

That change interfered with the audio jack—so Apple engineers tested removing the headphone jack altogether. In doing so, they uncovered two benefits: first, it was easier to install the Taptic Engine (which powers the Home button now); second, it allowed for a larger battery, with iPhone 7 seeing a 14% increase and iPhone 7 Plus getting 5% bigger compared to their iPhone 6s predecessors.

Schiller also reassured customers the removal of the headphone jack has nothing to do with DRM or content management, saying it’s “pure, paranoid conspiracy theory,” adding going wireless was a better way to deliver audio.

“Remember, we’ve been through this many times before,” explains Schiller. “We got rid of parallel ports, the serial bus, floppy drives, physical keyboards on phones — do you miss the physical keyboards on your phone? … At some point — some point soon, I think — we’re all going to look back at the furor over the headphone jack and wonder what the big deal was.”

AirPods Last 5 Hours Listening to Music; But Can Recharge Quickly

As for the Bluetooth in AirPods, Apple said they developed their own chip, to allow them to easily control both ends of the pairing process across iOS, watchOS and macOS devices (tvOS??). Ternus explains “We use a Bluetooth connection, but cover it in a lot of secret sauce,” refusing to elaborate, only to have Schiller add the project is as advanced as Apple Pencil.

You can check out the entire article here at BuzzFeed. So what do you think—does Apple’s explanation make sense? Apple’s AirPods cost $219 in Canada—are you getting a pair?