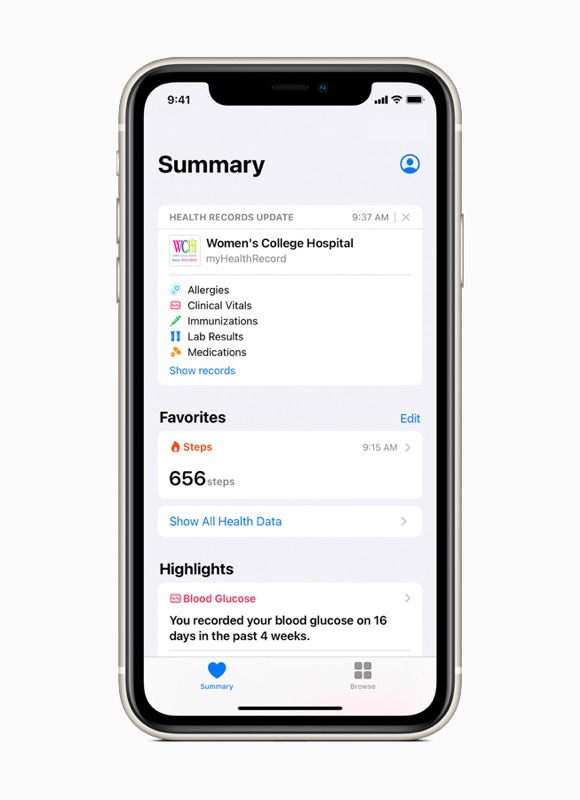 Apple has announced it has partnered with hospitals in Canada and the UK to offer Health Records securely stored on the iPhone, expanding the feature beyond the United States.

The following hospitals have partnered with Apple in Canada:

And in the UK:

“We designed Health Records on iPhone to empower people to easily view their health records at any time, and we are thrilled to put this feature in the hands of customers in the UK and Canada,” said Kevin Lynch, Apple’s vice president of Technology, in a statement. “We believe people should have access to their health information in the most private and secure way, and we have worked hand in hand with healthcare institutions and organizations to put privacy at the center of the patient experience.”

Apple says it worked with Cerner, Epic, Allscripts, and InterSystems to enable the FHIR (Fast Healthcare Interoperability Resources) standards-based integration for Canada and the UK for Health Records, available within the Health app on iPhone.

“Women’s College Hospital is proud to be among the first in Canada to offer Health Records on iPhone,” said Heather McPherson, president and CEO of Women’s College Hospital, in a statement. “As we accelerate our virtual care strategy, we are committed to shaping a health system that people can navigate more effectively. We believe that digital tools like Health Records can contribute to more informed decision making and improve the healthcare experience.”

All Health Records data is encrypted on device and protected with a user’s iPhone passcode, Touch ID, or Face ID.