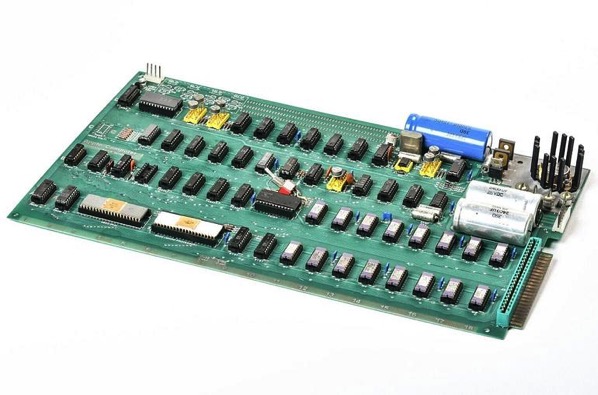 According to a ZDNet report, bids for a rare Apple I Computer which is believed to have been assembled by none other than Steve Jobs himself, has surpassed the $500,000 mark. The unit comes with original manuals, a cassette tape with a BASIC programming environment on it, and other accessories. The auction is set to go live on Thursday, 10% of the sum for which will be donated to the Leukemia and Lymphoma Society of Arizona.

Bidding may have got off to a slow start after the machine was listed for $255,000 in July, but on Sunday, two days after the auction was reported by Recode, dozens of bids flowed in, taking the price to $500,000. By Monday, bids had reached $505,000, just under half of what the auction hopes to raise by its close on Thursday.

Apple expert Corey Cohen told Recode that Jobs likely hand-finished the machine, though it may also have been finished by Dan Kottke, one of Apple’s earliest employees. Cohen, who authenticated the ‘Celebration’ Apple-I for the auction, believes the machine could be powered up with minor restoration, though he advised against doing so, in order to preserve it.

It is said that there are only 60 Apple I computers in existence today, out of the 200 that were made by Steve Jobs and Apple co-founder Steve Wozniak. Even Wozniak said this particular Apple I is a rare machine, adding that no known PCB boards of this type were ever sold to the public. The machine was acquired by the current owner in 2000 for $18,000.