ComScore has released their 2014 Canada Digital Future in Focus report and it reveals Canadian smartphone adoption jumped to 75% in 2013.

Let’s take a look at some numbers from the mobile section of the report:

For us Apple followers, iOS platform penetration increased by 2% to 37%, but this was dwarfed by Android which has 44% (4% grown). Of course, the argument for why? Android phones are cheaper and more plentiful. 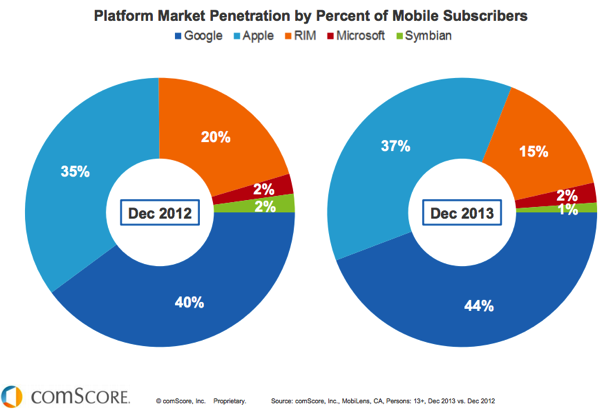 When it comes to owning tablets, smartphone users choose the iPad: 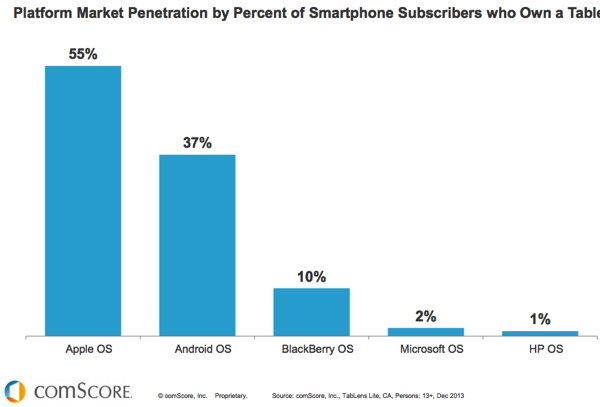 Part of the comScore report users their MobiLens methodology, which they say as of 2012 consisted of 5,500 mobile phone owners in Canada responding to their surveys.

The report concludes Canadians are some of the heaviest users of digital media, but more importantly we have the highest rates of smartphone adoption, higher than the U.S. and other developed markets.