Apple’s website clearly states that the iPad Pro includes a USB-C charging cable and an 18W USB-C power adapter in the box for both the latest 12.9-inch and 11-inch models. However, some recent buyers have received their iPad Pros with an updated charger. 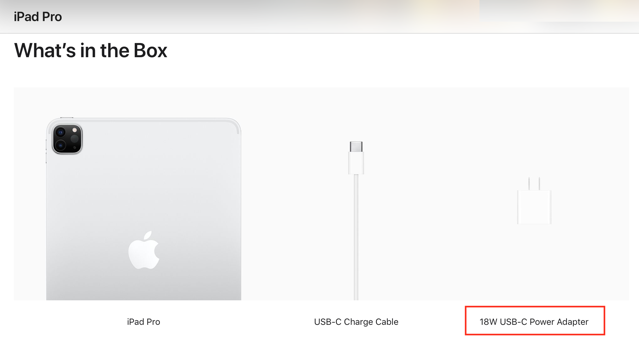 As pointed out in a Reddit thread, Apple is shipping newly manufactured iPad Pro devices with a 20W USB-C power adapter in the box, as opposed to the previous 18W charger. Interestingly, the change has not yet been reflected on the Apple website.

Here’s what the Redditor wrote:

Even though Apple’s website says it still only includes a 18 watt wall adapter for the iPad Pros I just received mine yesterday and it included a 20 watt adapter. My guess is they don’t want to update the website as all of the older ones manufactured before last month or so included an 18 watt.

Another user also noted the same:

Since the new 20W iPad Pro charger looks exactly like the 18W model, some of the buyers might not have noticed the change.

Let us know if you’ve also got a 20W USB-C power adapter with your new iPad Pro.