Apple Store employees were among the thousands of volunteers assisting in Texas, Florida and Mexico and other regions hard hit by natural disasters. Teams were quick to re-open Apple Stores to provide charging and Wi-Fi for many affected. 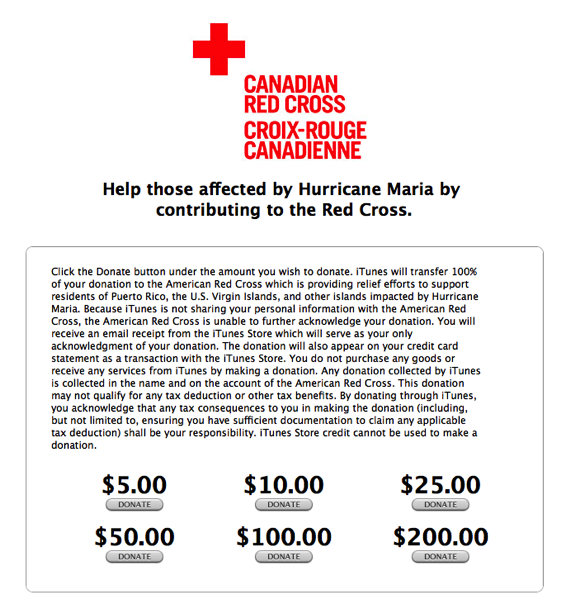 Apple says they are matching employee donations to recovery efforts two-to-one. So far, the company has donated:

Canadians can also make donations to the Canadian Red Cross to help those affected by Hurricane Maria, as the option is available in iTunes and the App Store here, as well.