A newly discovered piece of Apple history, which was found hiding behind a mirror in Silicon Valley, shows a job listing for a senior engineer position at Apple Computer from July 1984, that promises a minimum salary of $24,000, or about $56,000 today. 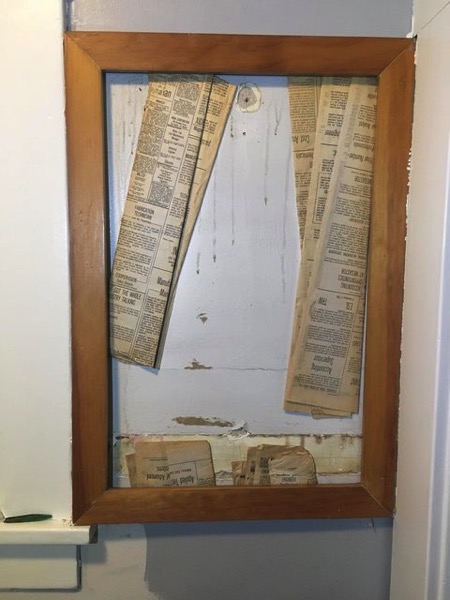 According to Business Insider, the ad suggests that Apple was having trouble making enough Macs at that time, with John Sculley as CEO.

When Reddit user polar8 took down his bathroom mirror while renovating, he discovered some old copies of the San Jose Mercury News from July, 1984 nestled behind it. One of the help wanted ads in those old newspapers was for a senior engineer position at Apple Computer, which was at that time, an 8-year old company that had just launched the Macintosh.

“When Apple Computer developed the Macintosh, we knew a lot of people would want one. We just didn’t figure they’d all want one at once,” the ad says.

The listing titled “Join The People Who’ve Joined Apple” also details the requirements, including two years’ supervisory experience and assembly programming skills. Check out the help wanted ad below and share your thoughts in the comments section. 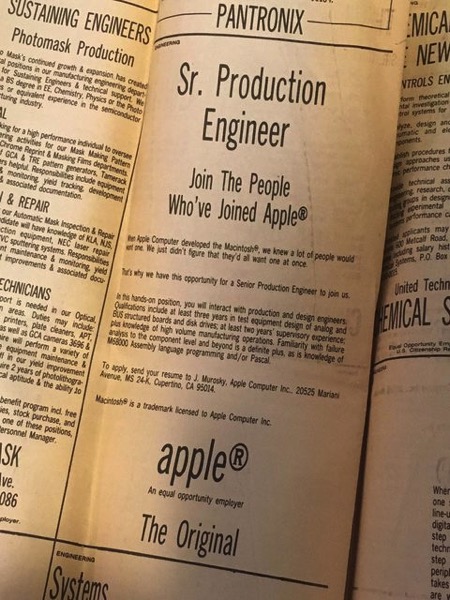