Apple is expected to updates its rules reducing tracking used in apps for kids.  According to the Washington Post, some app developers have already raised concerns, fearing a drop in profitability. 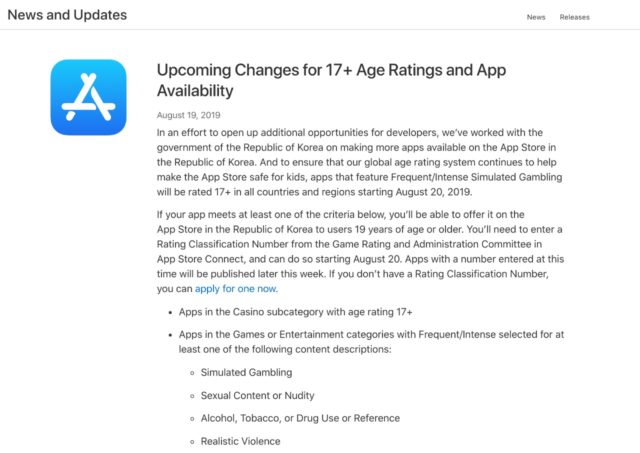 According to the Post, “under the new rules, which Apple had planned to implement next month, kids apps on Apple’s App Store will be banned from using external analytics software — invisible lines of code that collect extremely detailed information about who is using an app and how. Apple is also severely curtailing their ability to sell ads, which underpins the business model that results in many apps being free.”

Apple says that the change will improve the privacy and safety of kids online. The company says that parents often complain about their kids being shown inappropriate ads. However, app developers say that the change might result in kids seeing advertisements intended for adults. The company, however, is reviewing concerns raised by app developers.

Following an inquiry from The Washington Post, Apple said Friday that it now plans to delay the rule changes. The change has not been cancelled entirely, but Apple said they are “working to help developers get there”. According to Apple, there is “widespread support” from developers because they tend to agree with what Apple is trying to do to protect kids.

Apple has over 70% market share when it comes to the money spent in the U.S app market. Any change that Apple makes can have a huge impact on the “app economy”. It could potentially impact individuals and even companies which depend on Apple and similar app marketplaces. At the same time, Apple has to address any privacy concern that its customers and regulators have to keep the business running.

What is your take on this? Are you a developer or a parent, or maybe both?

The Canadian Radio-television and Telecommunications Commission (CRTC) wants feedback from Canadians on the proposed price increases on basic TV packages, beyond mandated price caps. The CRTC said on Wednesday the request for comments comes “in response to an application filed by a group of television service providers to increase the price cap for the basic […]
Gary Ng
10 mins ago