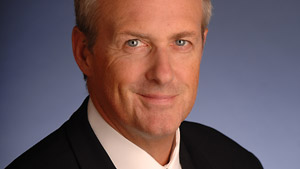 Apple has finally responded to Lodsys, the patent troll that went after developers with legal threats over in-app purchases.

Here is the a snippet of the letter sent by Bruce Sewell (former head of Intel’s legal team), Apple Senior Vice President and General Counsel to Lodsys as posted by Macworld:

I write to you on behalf of Apple Inc. (â€œAppleâ€) regarding your recent notice letters to application developers (â€œApp Makersâ€) alleging infringement of certain patents through the App Makersâ€™ use of Apple products and services for the marketing, sale, and delivery of applications (or â€œAppsâ€). Apple is undisputedly licensed to these patent and the Apple App Makers are protected by that license. There is no basis for Lodsysâ€™ infringement allegations against Appleâ€™s App Makers. Apple intends to share this letter and the information set out herein with its App Makers and is fully prepared to defend Appleâ€™s license rights.

Apple has licensed these Lodsys patents and that means developers are protected as well. I don’t see Lodsys going anywhere with this, as going up against Apple in court is a insurmountable task they wouldn’t want to consider. Apple’s legal team is known to be iron clad and swift when it comes to legal disputes.

Boom. The gauntlet has been dropped.