Earlier this morning, Apple sent out invites to members of the media to attend a special event in New York City, on October 30, 2018.

Apple will hold the event at the Brooklyn Academy of Music, Howard Gilman Opera House, with a kick off set for 10AM EDT (7AM PDT).

Apple has confirmed it will indeed live stream the New York City special event, as per the company’s link on its website here. 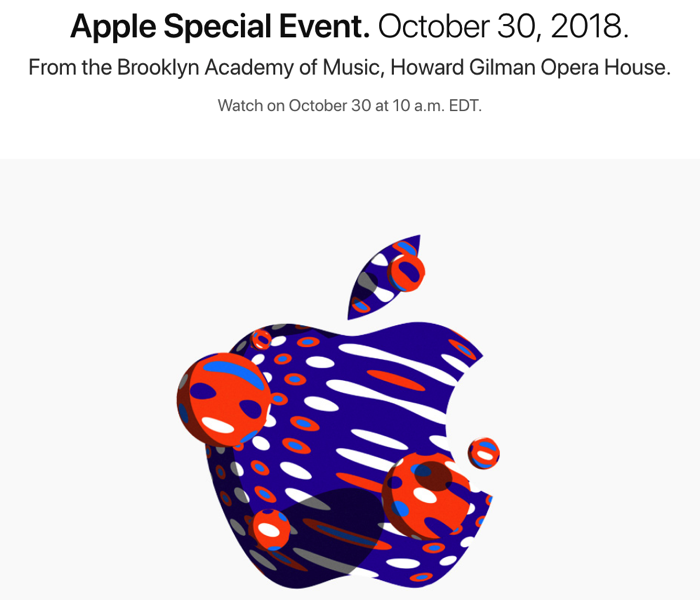 This time around, there is no placeholder yet for the October special event on the company’s events page, yet. If you recall, last time that page leaked out images of iPhone XS and Apple Watch Series 4.

Developer Guilherme Rambo, who discovered the leaks from above, noted this morning, Apple “added random salts to the file names this time,” referring to hero images on the company’s website.

Apple this year sent out a variety of invite image art, with up to 17 different Apple logos showing:

Some of the Apple logos on the October 30th event invites. Some really cool ones in here. pic.twitter.com/vOMiMERDmS

We’ll be covering all the announcements of the special event day right here on iPhone in Canada, so stay tuned.

Twitter Blue has once again been working on bringing its edit button to the fold. In a new tweet, the premium subscription of the social media platform shows off how the edit function will work both in terms of the user tweeting as well as the general audience seeing the changes. Earlier in September, Twitter...
Steve Vegvari
58 mins ago