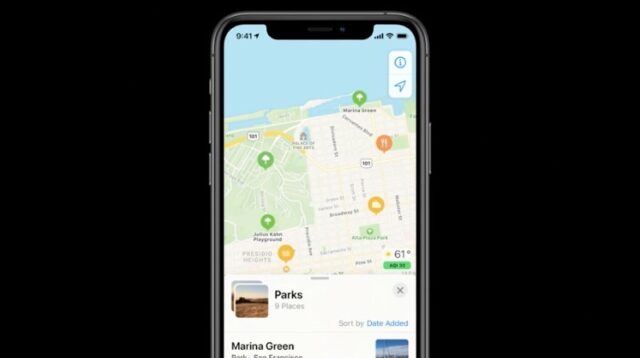 As the iOS 14.5 beta has been released to testers and developers, it’s been discovered that Apple Maps is adopting some of the unique features GPS app Waze has under its belt. Apple Maps now enables users to report accidents, speed traps, and other hazards while navigating your route.

Waze, to many, has been notable due to its advanced crowdsourcing features. It enables any user to report accidents and other potential hazards to drivers. Those updates quickly get relayed to the app and updated on the map for other drivers to see. Apple Maps has added many of those same features, according to MacRumors.

As the report states, a user can now input their destination, select a route and choose “Go”. Afterwards, Siri will notify the user that they can report accidents and hazards throughout their drive. 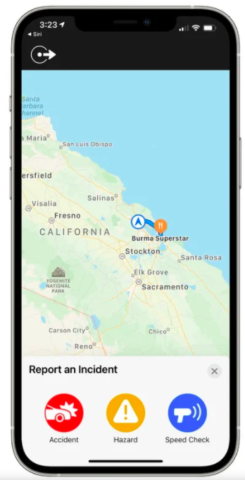 Swiping on the Apple Maps interface, users can now hit a “Report” button to bring up the option to report an accident, hazard, or speed check. Once hitting one of the three options, the incident will then automatically flag the user’s location in order to update the map if enough users report the incident. It’s said there is no confirmation window once reporting an incident.

Siri can also be utilized for hands-free use. Saying “Hey Siri, there’s an accident” will enable Siri to make the report to Apple Maps without having to navigate the UI while driving.

Public testers have also noted that Apple Maps’ new features can be accessed through CarPlay as well. The new interface is found in CarPlay and has the same functionality as it does on mobile.

As of now, it appears as though only public testers of the iOS 14.5 beta in the US are able to use the new functions. Even so, not all testers have been able to try it out. It does appear as though Apple is slowly rolling the feature out and updating its servers ahead of the wide launch of the OS update.

Apple is currently on track to double iPhone exports from India by March 2023. This pace was first kickstarted in April and is continuing as India proves to be a major asset in Apple's diversification of its supply chain. In the five-month span since April, Apple has gone on to cross the $1 billion mark...
Steve Vegvari
15 hours ago