Apple today sent out invites for a special event on Monday, March 25 at Steve Jobs Theater, where it is widely expected to announce both a subscription-based Apple News service and a Netflix-like streaming video service. 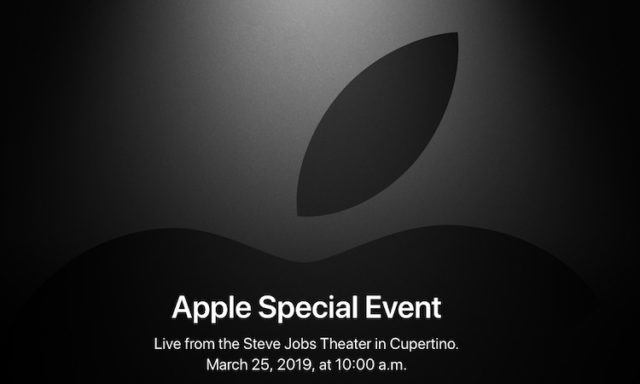 The invite has a tagline of “it’s show time,” hinting at Apple’s foray into original content. Hollywood stars including Jennifer Aniston, Reese Witherspoon, and Steve Carell have reportedly been invited to the event.


It’s unclear if any hardware will be announced at the event. iPad, iPad mini, and iPod touch refreshes are expected soon, but reports have indicated that the March 25 event may focus entirely on the news and video services. Other wild cards include new AirPods and a release date for the long-overdue AirPower.

The event begins at 10:00 a.m. Pacific Time on March 25 at Steve Jobs Theater in Cupertino, California. Apple will provide a live stream on its website.