According to a patent application published today by the US Patent and Trademark Office (USPTO), Apple is working on applying a matte finish to its MacBooks, suggesting we may see a matte black aluminum MacBook in the near future (via PatentlyApple). 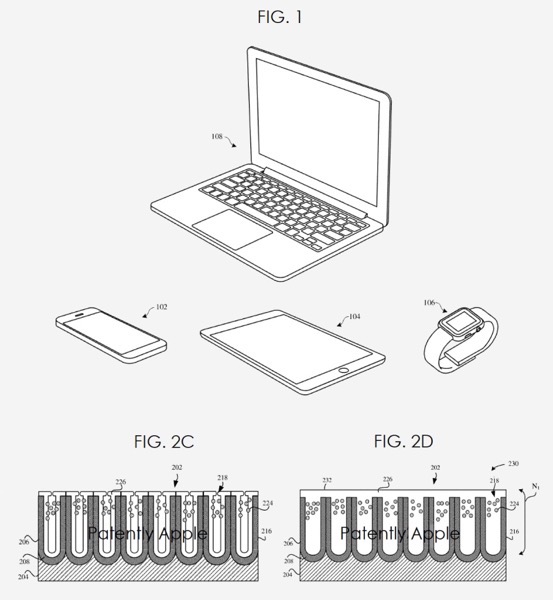 The filing describes techniques for etching the surface of the dyed anodized part such as to form light-absorbing features that are capable of absorbing generally all visible light incident upon the external surface such as to impart a black appearance.

In one example, an anodized layer can result from an electrochemical anodization process of aluminum or an aluminum alloy.

The metal substrate can include any of a number of suitable metals or metal alloys thereof such as aluminum, titanium, steel, and the like. It should be noted that the processes for forming an anodized layer and a metal oxide layer can be different.

Considering that the patent dates back to 2019, it’s after Apple experimented with a matte black iPhone 7. For more details, review Apple’s patent application number 20200383224.