While rumors of an Apple branded HDTV have become pretty strong with expectations of Apple to demonstrate its Television OS at the upcoming WWDC 2012, CEO of Internet video provider Brightcove is expecting Apple to release a thin black bar that will bring FaceTime and motion control capabilities to non-Apple televisions, reports Apple Insider (via AllThingsD). Brightcove Chief Jeremy Allaire speculates that an accessory about an inch tall and 3 inches wide that could be easily mounted to the top of any brand of any HDTV. This theoretical accessory is based on his belief that Apple’s focus in the living room will not be a full-fledged television set. 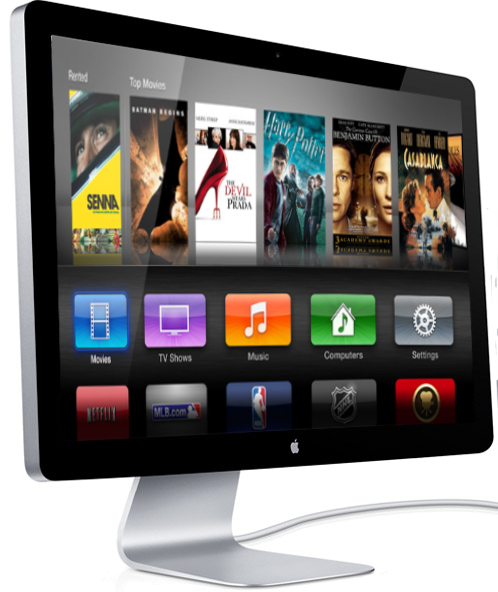 “Like the existing Apple TV, it will have HDMI and power jacks on the back, but it will also include a high-def camera built into its face, as well as an embedded iOS environment that provides motion-sensing and speech processing,” Allaire wrote.

In addition to a black bar compatible with any HDTV, Allaire believes Apple also plans on “dipping their toe into the actual TV monitor business.” He expects that a full-fledged television set from Apple would offer capabilities identical to the hypothetical black bar accessory, but the full TV would also feature Apple’s own design and form factor.

“Why would they do this when it is such an established market with such long replacement cycles?” he wrote. “In short, because they can, and it will be gorgeous and include the latest innovations in display technology, and will sell at a premium price that ensures a reasonable gross margin for Apple.”

If the above speculation turns out to be true, millions of HDTVs will become a screen for the hundreds of thousands of apps running on iOS devices that are already in our hands.