Apple Music Account Busted for Tweeting from Android Instead of iPhone

YouTube tech reviewer Marques Brownlee seems to be the ultimate sleuth when it comes to Twitter, as recently he’s been busting companies for tweeting from competitor devices.

The Apple Music account was responding to artist Ariana Grande on November 2, 2018 and the app noted is “via Twitter for Android”, as seen in his screenshot below: 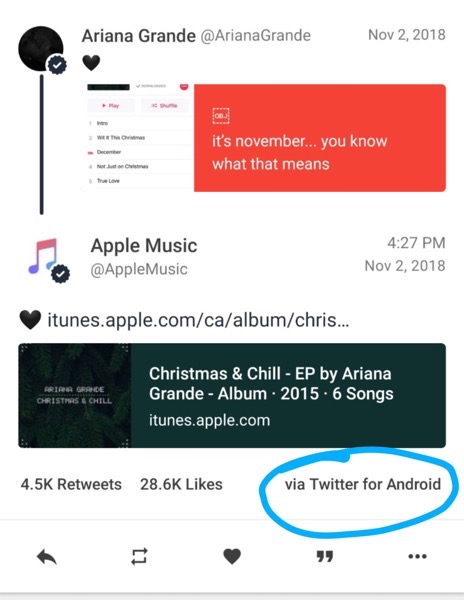 For the person managing the Apple Music account, this comes as an embarrassing moment, if true, as it would make sense to tweet from an iPhone and not the Android competition. What a time to be alive, folks.