Apple Music Launches on the Web in Beta 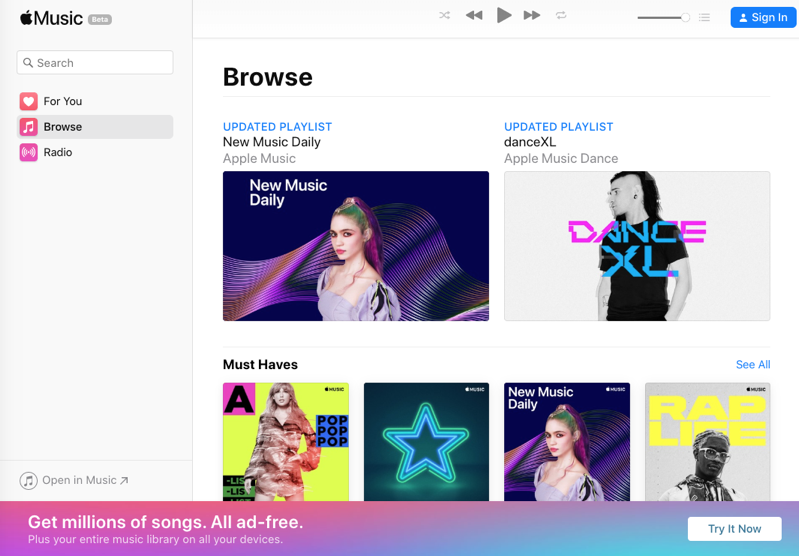 For the longest time Apple Music users have wanted access on the web to stream their music, and now that has become a reality.

Apple today launched Apple Music on the web in public beta, allowing subscribers worldwide to listen to their music in a web browser, without the need for an app. Apple Music rival Spotify has had a web player for a long time now.

According to TechCrunch, “At a later date, new users will be able to sign up for Apple Music through the website. But for the time being, you’ll need to be an existing subscriber who signed up elsewhere.”

Apple Music on the web has tabs For You, Browse and Radio on the left side, along with search, while more features are said to come in the future.

You can visit Apple Music on the web by going to beta.music.apple.com and signing in with your Apple ID. Let us know if you’ll be giving this a try.