The ad business is apparently something Apple couldn’t crack: The iAd network, which was introduced with great fanfare, hasn’t taken off, despite various resuscitation efforts. Now, Apple is handing over the ad sales it had with its News app to a third party, Comcast’s NBCUniversal, in an exclusive deal that will kick off in January, reports Re/code. 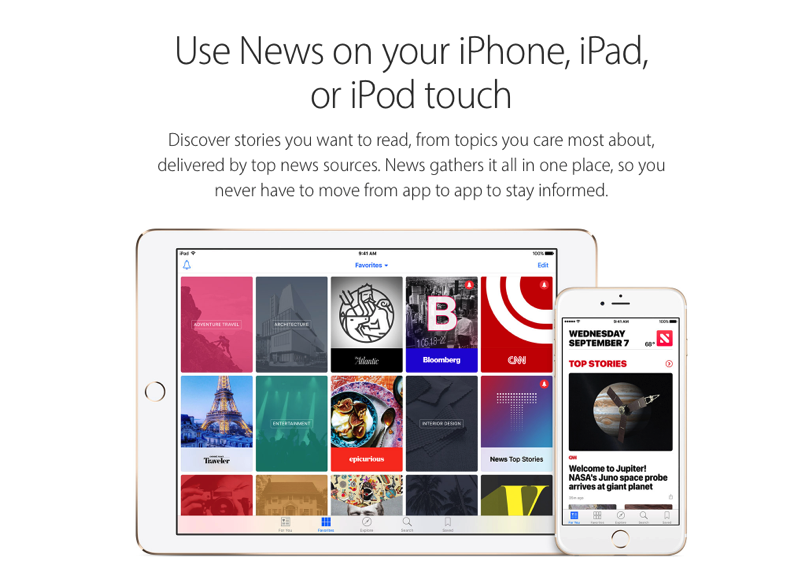 What this means moving forward is that NBCUniversal will sell the remaining ad inventory instead of Apple. Publishers will still be able to sell their own ads and keep 100% of the revenue, but the unsold inventory will get some help from NBCUniversal for a cut.

In a note to staff, NBCUniversal sales chief Linda Yaccarino says there will be a dedicated sales group for the News app.

Apple says it has more than 70 million unique users, and that it is available in the US with iOS 9 or later, and in the UK and Australia with iOS 9.1 or later. Canada somehow didn’t make it onto Apple’s list, just like other countries.

What is interesting in Apple’s relationship with the ad business is that while it has highlighted the lack of an ad business compared to competitors (i.e. Google), the company has recently introduced search-based app advertising in the App Store.