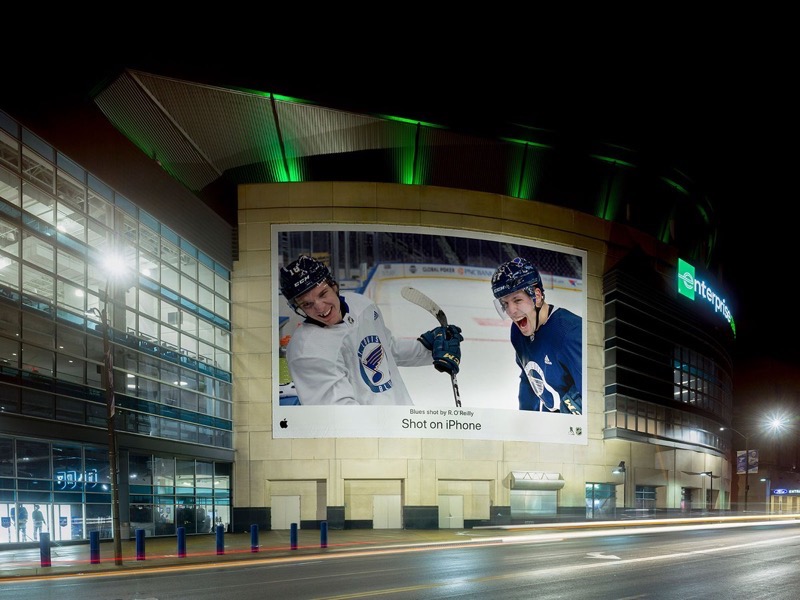 Apple and the NHL have continued their partnership by launching a new Shot on iPhone campaign. The new ad campaign features images taken by NHL players of their teammates, and shared on the exterior of team arenas, according to Muse by Clio:

Billboards started going up on Tuesday featuring candid photos—shot on the iPhone, of course—of NHL players, taken by their teammates. They are appearing on giant placements at each team’s arena.

There are two Canadian teams participating in this Shot on iPhone campaign, including the Edmonton Oilers and Ottawa Senators.

Below is the full list of the eight partner teams part of this Shot on iPhone campaign:

The NHL will continue to share more images of this Shot on iPhone campaign via Instagram Stories and other social media channels, providing an inside look at NHL player routines and rituals, all captured by Apple’s iPhone XS.

If you’re in Edmonton or Ottawa, be sure to share with us pictures of this Shot on iPhone campaign outside your local NHL arena.

Apple earlier this week shared winners of their global Shot on iPhone photography contest. No Canadians were part of the winners.