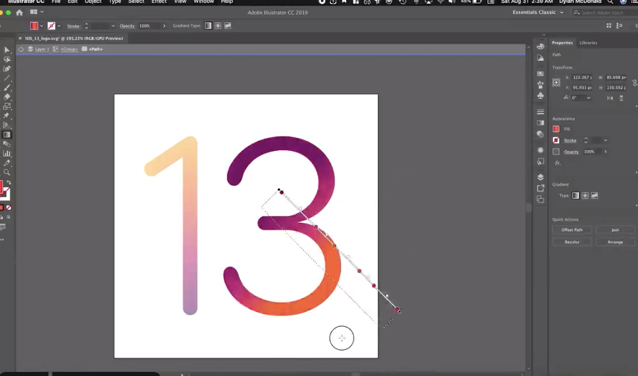 As shared on Twitter by iOS developer DylanMcD8, Apple has uploaded original iOS 13 icon files to Wikipedia, that allows graphic designers to play around with details such as gradients and more.

Apple legit uploaded thier original iOS 13 icon files to Wikipedia… you can even change the gradients and stuff! pic.twitter.com/voSeq9tj9R

Additionally, Apple also published the official Apple logo file that is fully-editable in Adobe Illustrator. Although it remains unknown why Apple uploaded these files, it is nonetheless an interesting find, especially knowing how Apple manually made the numbers in iOS 13 logo instead of simply using the font.

They also manually made these numbers! (You can see the path dots) pic.twitter.com/fUvTIturab

You can access all the files Apple has uploaded at this Google Drive link.