Apple Pay Launching Oct. 20 in the USA, Supported by Over 500 New Banks

“Our team has worked incredibly hard to make Apple Pay private and secure, with the simplicity of a single touch of your finger,” said Eddy Cue, Apple’s senior vice president of Internet Software and Services. “The reaction to Apple Pay has been amazing. We continue to add more Apple Pay ready banks, credit card companies and merchants, and think our users will love paying with Apple Pay.” 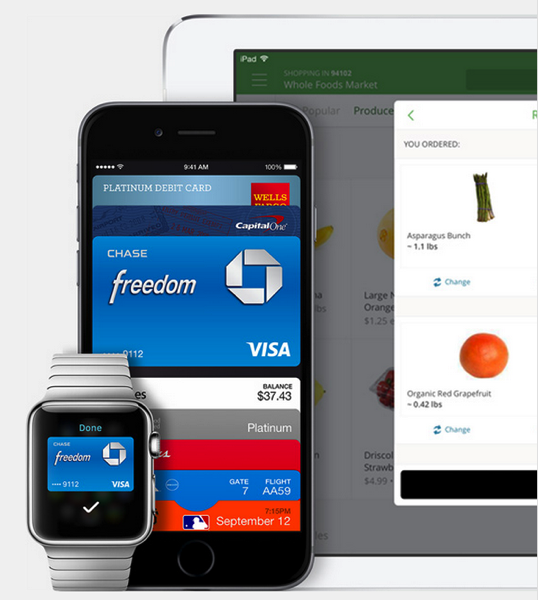 Apple Pay will support credit and debit cards from American Express, MasterCard and Visa issued by top US banks.

Companies set to support Apple Pay at launch include:

When will Canada get Apple Pay? It will most likely take some time to arrive given Apple will have to talk to our banks to support the mobile payments system.

TD Bank’s CIO said “there are a lot of regulatory things they will have to work out” regarding Apple Pay, which IDC expects to debut here in 2015. There already is an extensive NFC merchant POS framework at major stores in Canada, so that part is already covered.

Don’t feel so bad about the lack of Apple Pay, as other countries outside the USA are also eagerly awaiting support for the payments system. Maybe we need a support group for those having a difficult time coping?