Apple Podcasts Can Now Be Embedded on the Web

Apple has added new functionality to allow individual podcasts to be embedded on the web for the first time.

The company added the extra feature to its Apple Podcasts Marketing tools website, allowing anyone to find a podcast and get code to embed it on the web, reports TechCrunch.

The embedded podcast player allows listeners to start the podcast right away without jumping to iTunes.

Here’s the section on Apple’s podcasts marketing tools website where you can generate embed code: 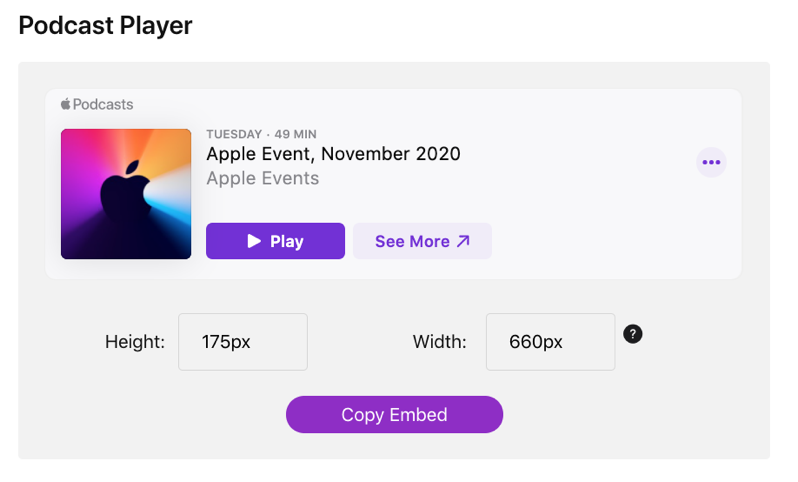 …and here’s what the embedded code looks like below:

Apple currently has over 1.5 million shows within its Podcasts service and this new feature will make it easier for creators to share their content across web platforms.