Apple today has promoted alternate developer events taking place alongside WWDC 2016, saying “a variety of other exciting developer events will take place throughout the week in San Francisco. If you’re attending the conference or will be in the area during WWDC, learn about these other developer events.” 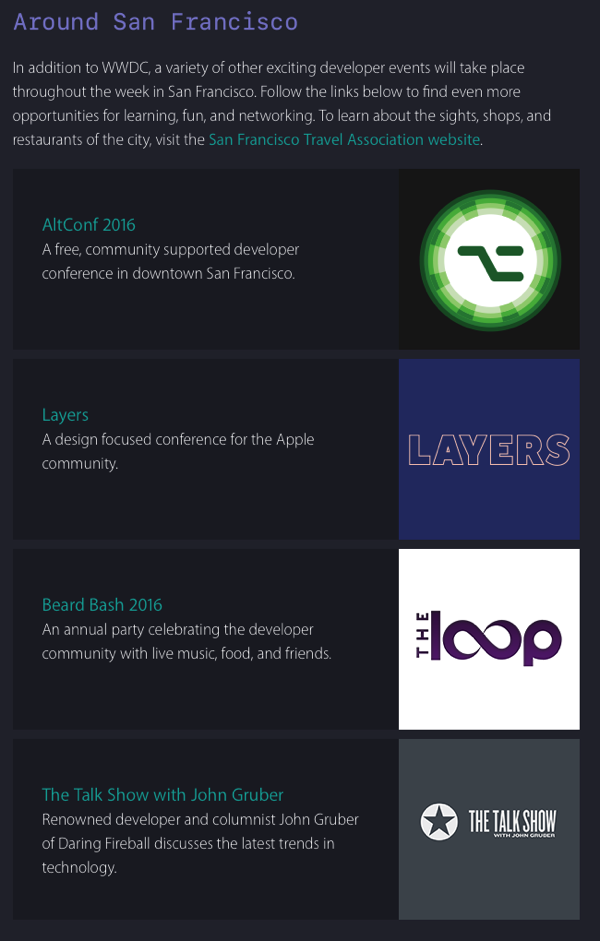 WWDC 2016 is set to kick off on Monday, June 13, with the keynote taking place at the Bill Graham Civic Auditorium, in San Francisco.