Apple Under Pressure to Hire Non-White Executives and Directors

According to a report by Bloomberg, Apple shareholders may force the company to increase the number of non-white executives and directors next year. A resolution submitted by an investor who lives in New York and London, would require Apple to put more “people of colour” in such high-profile roles to increase diversity. Apple has however told the SEC that it believes it doesn’t have to include the proposal in its proxy materials, notes the report. 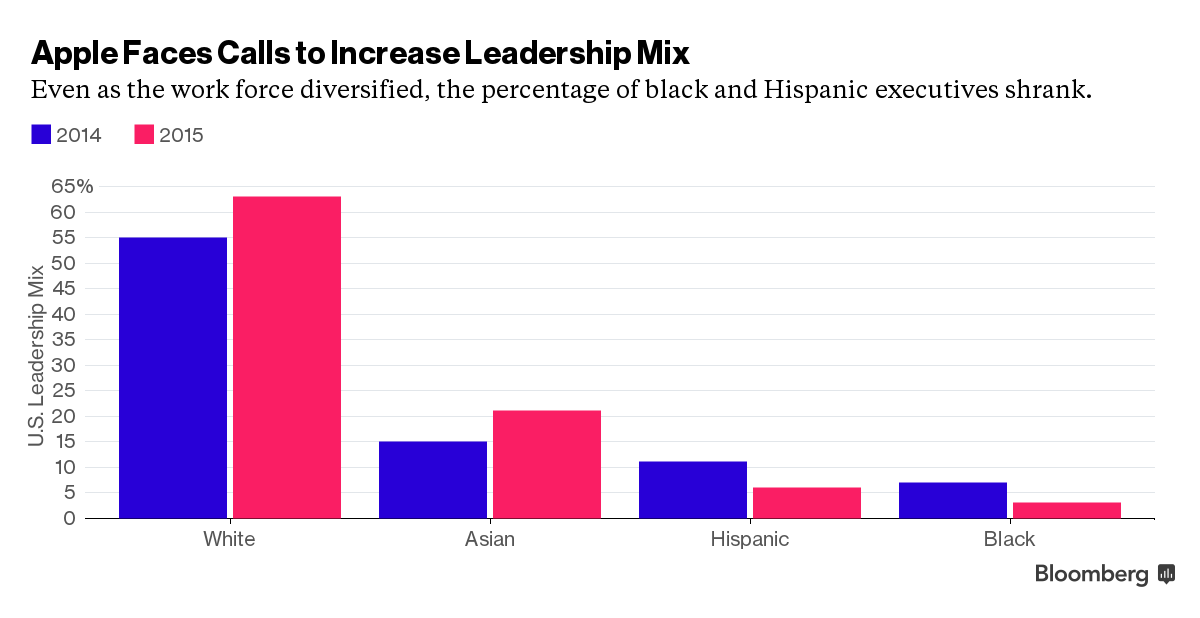 Apple says that while it is trying to attract minorities, “the company has no power to ensure that its recruits will accept offers”. The SEC’s Division of Corporation Finance has replied that the agency doesn’t agree with the company. Now it’s up to Apple whether to bring the matter to a vote at the 2016 annual meeting or not. The source says that if Apple decides not to include the matter in its proxy, it could bring an enforcement action by the SEC.

The proposal for an “accelerated recruitment policy” was submitted in September by Antonio Avian Maldonado II, who owns 645 Apple shares. He said he was spurred to act after looking at photos of the directors with his teenage son, who asked him why nearly everyone was white.

The board is “a little bit too vanilla,” said Maldonado, the creative director for Insignia Entertainment, a music company. “I want to nudge them to move a little bit faster.”

The SEC’s response to Apple’s objection, he said, “proves I’ve been saying something correct.” He said he was “a little bit shocked” at the company’s response to his proposal. “What do you mean it can’t be done?”

Diversity has been a hot issue in Silicon Valley in recent years, with activists focusing on hiring of minority and female engineers and executives in big tech companies.