Apple Plans to Open Another R&D Center in Japan 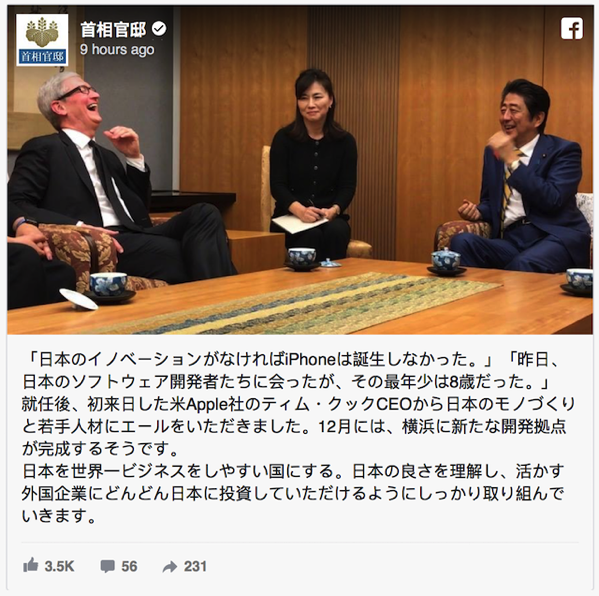 Earlier this month, Apple made it official that it will be opening a brand-new research and development centre in China’s largest manufacturing district, Shenzhen, in addition to its previously planned $45 million R&D centre in Beijing. Today, Xinhua is reporting that during a recent visit to Tokyo, Apple CEO Tim Cook has announced that the company is planning to open a new R&D center in Japan as well (via TechCrunch).

The source notes that a building located in Yokohama, which used to be a Panasonic factory, was taken over by Apple which has now been transferred into an R&D center. The company wants to use these research centres to more easily locate and hire talented engineers in Japan. Although, the company has not yet shared details about what its Japanese team will be working on.

In addition to China and Japan, Apple is also expected to open R&D centers in the U.K., Israel, France, Japan and Sweden.

As part of its continuing production diversification initiative, Apple has ordered for a portion of its AirPods and Beats headphones to be manufactured in India. Apple has begun to double down on manufacturing its devices in India. As a way to lower its dependence on China, Apple has made an order to its suppliers to...
Steve Vegvari
53 mins ago