A couple of months back, a hacker group that calls itself the Guardians of Peace (GOP) broke into the computers at Sony Pictures and stole over 100 TBs of data of emails, movies, passwords, payroll info and so on. The GOP started leaking Sony’s upcoming movies on torrents, in addition to making terrorist threats, telling the company to cancel the release of “The Interview”, an upcoming movie where Seth Rogen and James Franco assassinate North Korean leader Kim Jong-Un. 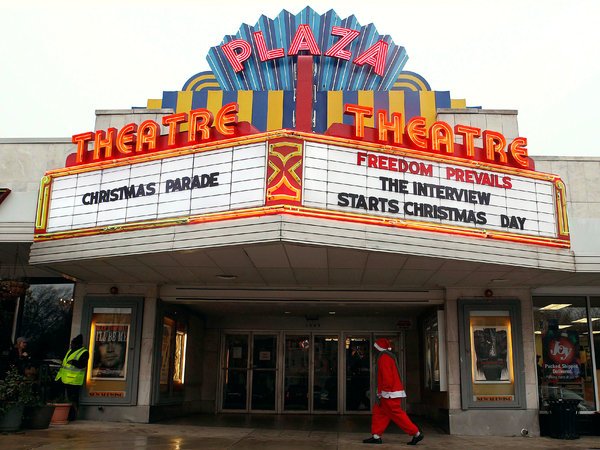 Eventually, Sony cancelled the movie while the United States government officially blamed North Korea for the hack. Now, The New York Times is reporting that Sony has decided to release “The Interview” in a small number of theatres on Christmas Day after all. At the same time, Sony Pictures has also hinted about video-on-demand availability of the movie, either simultaneously with its debut in theaters, or in near future. Michael Lynton, Sony Pictures’ chairman said his studio was continuing efforts “to secure more platforms and more theaters so that this movie reaches the largest possible audience.”

The report also highlights that Sony had approached Apple about assisting in resurrecting the movie’s launch, but the request was turned down by the Cupertino giant.

“It remained unclear, however, whether any on-demand service would take “The Interview.” According to people briefed on the matter, Sony had in recent days asked the White House for help in lining up a single technology partner — Apple, which operates iTunes — but the tech company was not interested, at least not on a speedy time table. An Apple spokesman declined to comment”.

Sony has so far announced the release of “The Interview” in about 200 smaller theaters, including the Plaza in Atlanta and roughly 20 venues operated by Alamo Drafthouse Cinema across the U.S.

Tapbots, creators of the award-winning Tweetbot for Twitter, have just released their new 'Ivory’ app for Mastodon, which is now available to download for iPhone and iPad. "We obsess over every detail and put good design and experience first,” note the developers. " If you liked Tweetbot, you’ll love Ivory!" The app offers a gorgeous visual...
Usman Qureshi
12 hours ago

In a little over 2 years, the U.S. Department of Justice has filed its second antitrust lawsuit against Google, this time targeting the search engine giant's advertising business (via CNBC). The new lawsuit is focused on the company’s online advertising business and seeks to make Google divest parts of the business. This antitrust suit, the news of...
Usman Qureshi
12 hours ago