Three weeks after the previous beta, Apple has pushed iOS 6 Beta 3 to developers as an over the air (OTA) update. Right now, the update is available only to those running iOS 6 Beta 2 through Settings > General > Software Update, however it should be hitting Apple’s iOS Developer Center pretty soon as well. 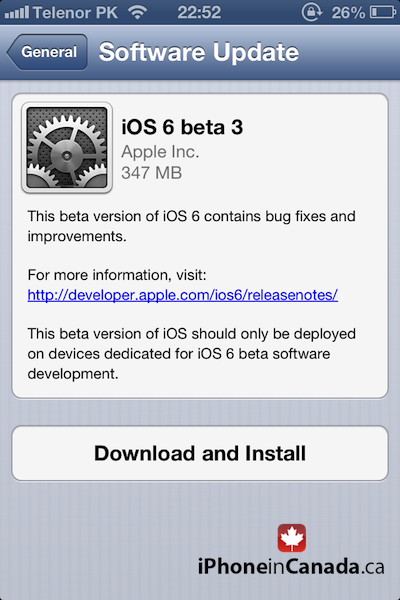 One prominent change observed in Beta 3 is a new section in the Settings app for Maps that lets users change the volume of the navigation voice, set distances to display in miles or kilometers, set map labels language and adjust label sizes. 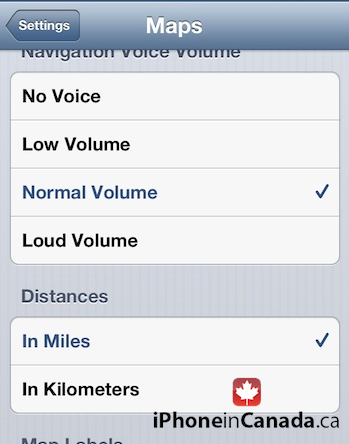 Below are the release notes for iOS 6 Beta 3:

iOS SDK 6.0 provides support for developing iOS apps and includes the complete set of Xcode tools, compilers, and frameworks for creating apps for iOS and OS X. These tools include the Xcode IDE and the Instruments analysis tool among many others.

With this software you can develop apps that run on iPhone, iPad, or iPod touch running iOS 6. You can also test your apps using the included iOS Simulator, which supports iOS 6. iOS SDK 6.0 requires a Macintosh computer running OS X 10.7.4 or higher (Lion).

When an app is in a fresh privacy state and tries to present a ABNewPersonViewController, the user cannot dismiss that view controller properly even if they allow access to contacts. The user must force quit the app and relaunch.

In some cases, the screen may show the wrong resolution. Restart your Apple TV to return it to the correct resolution.
FIXED: Netflix videos may not resume where you left off.
FIXED: The History list in the YouTube app gets cleared when you exit and reenter the app.
Apple TV may be slow to respond while a download is in progress in the background.
Apple TV may restart while using the Remote app.
Apple TV may restart when changing the system language.
Photo Stream does not load when logging in a second time. Restart Apple TV to resolve.
Music does not play during photo slideshows.