Apple Responds to China Regarding iPhone as ‘National Security Threat’ 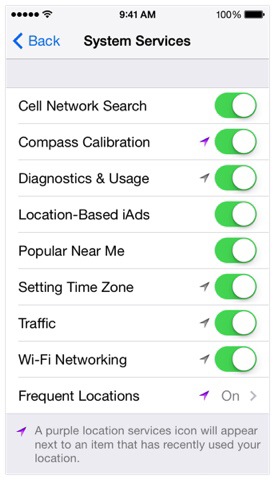 Chinese state media CCTV yesterday deemed Apple’s iPhone a ‘national securely threat‘ based on allegations the device is tracking the location of its users, specially the ‘frequent locations’ feature in iOS 7.

Apple has quickly responded by posting an informative statement on the company’s Chinese website in both Chinese and English. Below is a snippet titled “Your Location Privacy”:

We appreciate CCTV’s effort to help educate customers on a topic we think is very important. We want to make sure all of our customers in China are clear about what we do and we don’t do when it comes to privacy and your personal data.

Our customers want and expect their mobile devices to be able to quickly and reliably determine their current locations for specific activities such as shopping, travel, finding the nearest restaurant or calculating the amount of time it takes them to get to work. We do this at the device level. Apple does not track users’ locations – Apple has never done so and has no plans to ever do so.

Apple makes it clear it does not work with any governments for back door access and never will.

Given China has emerged as an important and fast growing market for Apple, it’s no surprise the swift response to these allegations was made so quickly.