Location tracking functions on the iPhone could pose a “national security concern”, according to the state-run China Central Television (via the Wall Street Journal). The government-controlled organization criticized the “frequent locations” function, which tracks and records important data about the owner such as the time and location, included in iOS 7. 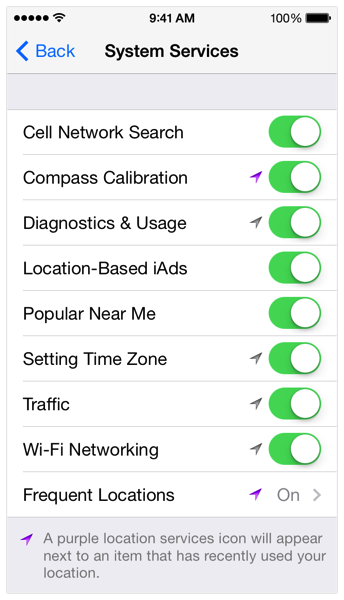 Quoting researchers, the CCTV claims, people who have access to such data “could gain knowledge of the broader situation in China” or even “state secrets'”.

Such broadcasts have the potential to harm the iPhone maker’s market share in a country that represents high interest for the company. Tim Cook has highlighted that China is Apple’s second biggest market many times, and you may recall that analysts have put high hopes in the China Mobile deal in terms of high iPhone sales. Statistically, over the last quarter, China accounted for roughly 24.8% of Apple’s global revenue.

We must note though, that there is no formal action against Apple. The situation could be worse though, it could be like it was for Microsoft: after raising security questions about Microsoft’s Windows 8 operating system, the government said it would not allow the purchase of new government computers if they are running Windows 8.