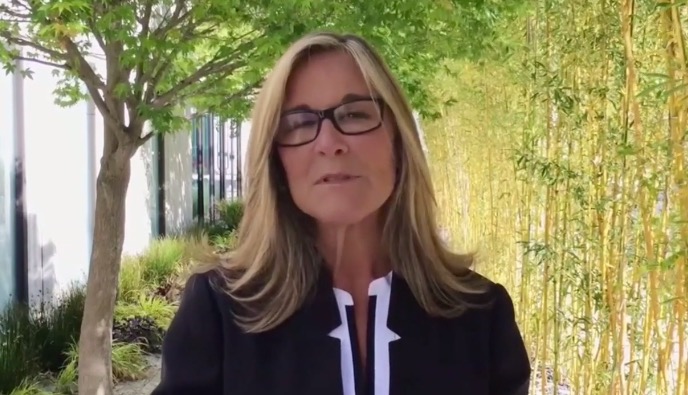 In the 5 minute video, Ahrendts explains the decision to have online-only launches for the Apple Watch and 12-inch MacBook was not an easy decision to make, but from what her team has heard from customers so far, feedback has been “overwhelmingly positive.”

The move to an online-only simultaneous Apple Watch and 12-inch MacBook launch was based on the fact two new products were being launched jointly and faced limited supplies based on heavy customer demand. Also, for Apple Watch, it’s an entirely new category for the company. Those who pre-ordered the watch, will start receiving them starting April 24.

Regarding the new 12-inch MacBook, she says the gold and space grey models have been “off the charts.” She also notes this type of launch will not change their normal “iconic blockbuster launches” that normally happen at retail stores.

Ahrendts closes off by saying more videos will be coming to address employee questions. Watch the video below:

Apple’s second-generation HomePod is set to launch on Friday, February 3, and ahead of the debut, the embargo has lifted on the first press reviews. HomePod 2 has the same price as its predecessor before the latter was axed, but this time supports Spatial Audio and room sensing for automatically-tuned sound, to go with a […]
Gary Ng
20 seconds ago