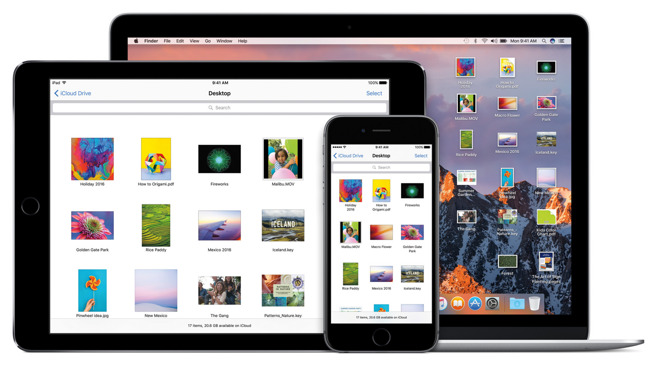 In an under-the-radar WWDC announcement today, Apple introduced the Apple File System, which has been designed to eventually replace the HFS+ format.

The Apple File System (APFS for short) is “optimized for Flash/SSD storage, and engineered with encryption as a primary feature,” according to an entry in the WWDC 2016 schedule. In official documentation, Apple adds that it uses a “unique copy-on-write design” with I/O coalescing, meant to optimize performance while staying reliable.

The new file system will scale from the Apple Watch through to more powerful devices like the Mac Pro. It can be used on conventional hard disks, but Apple cautions that it initially won’t work on hybrid Fusion Drives or on startup disks. Likewise, Time Machine and FileVault aren’t yet supported, and filenames are still case-sensitive.

A feature called “Space Sharing” will however allow multiple file systems to share the the same storage blocks. This feature will also allow for volume size changes without the need for repartitioning.

Another space-saving measuring is a new cloning system, which will only write changes to a cloned file to new locations. Other improvements include things like snapshots and Fast Directory Sizing.

The file system also includes a wide variety of encryption features such as options for single- or multi-key encryption for each container volume, per-file keys for file data, and a separate metadata key.

A preview of APFS is included with macOS Sierra. The technology is not expected to fully launch until sometime in 2017, and Apple has not announced any plans to open source the software.