Apple has created a new featured section in iTunes to remember the life of Robin Williams, who sadly passed away yesterday, shocking the entire world.

Part of the description in the featured section describes Williams as “one of the most beloved and unforgettable performers in the history of show business, Robin Williams brought laughter and inspiration to millions.”

Sections featuring the work of Williams include ‘Essentials’, ‘Comedy’, ‘Drama’, ‘Movies in French’ and ‘More to Explore’. 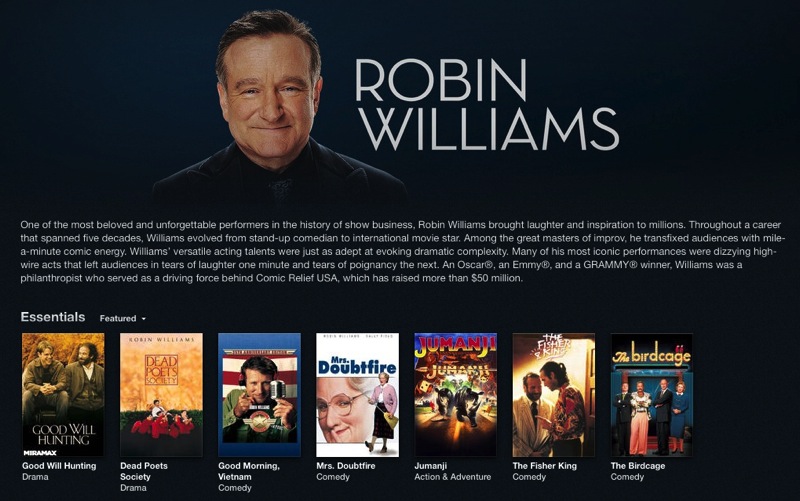 A recent Apple TV ad from earlier this year featured a voiceover from Williams and his speech from his 1989 film Dead Poets Society, in which the actor was nominated for Best Actor in a Leading Role Academy Award.

Robin, you will be greatly missed.