Apple’s latest diversity report comes with a major improvement on the company’s side. Apple claims it has resolved its gender pay gap (limited to its US employees): woman at the world’s most valuable tech company are getting paid the same as men for similar roles. The report doesn’t talk about Canadian payments gaps.

During the past 12 months, Apple says it analyzed the total compensation for US employees and closed the gaps it found and it is now focusing on analyzing the salaries, bonuses and annual stock grants of all employees worldwide and promises to address the gaps it finds. 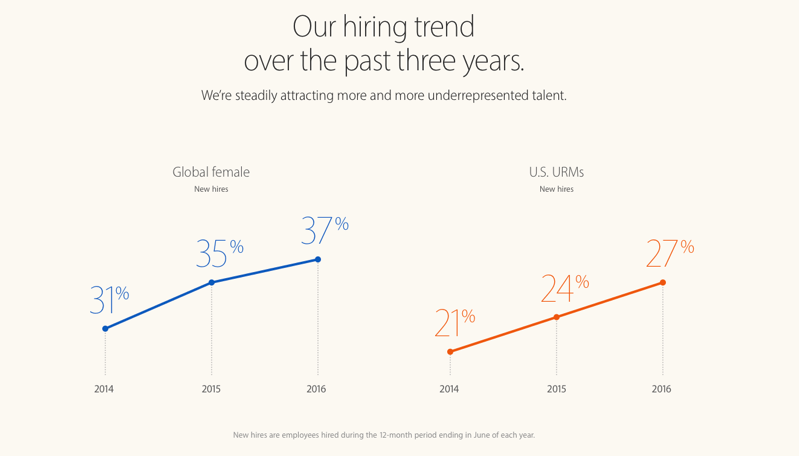 The diversity report also unveils other interesting data: Female hires increased 1% since last year as now Apple is 68% male and 32% female, while leadership remained at 72% male and 28% female.

Other data as highlighted by Business Insider:

– Including Apple’s retail operation, 54% of new hires in the United States are minorities.
– However, Apple’s tech workforce remains 55% white and 27% Asian.

You can check out the full report by visiting the dedicated microsite [click here].